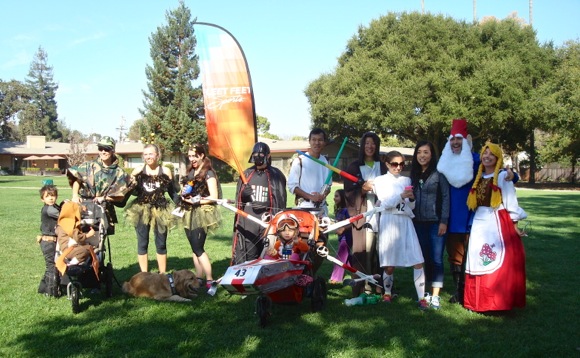 Lisa Taggart, who owns Fleet Feet Menlo Park along with husband Jim Gothers, sent in some fun photos from the stores annual 5K Ghost Run, which was held yesterday, taken near the finish area in Nealon Park.

“The event was a big success, and the crowd seemed very positive,” emailed Lisa.  “We had about 150 people running, plus volunteers and ghosts as well as families in the park.” 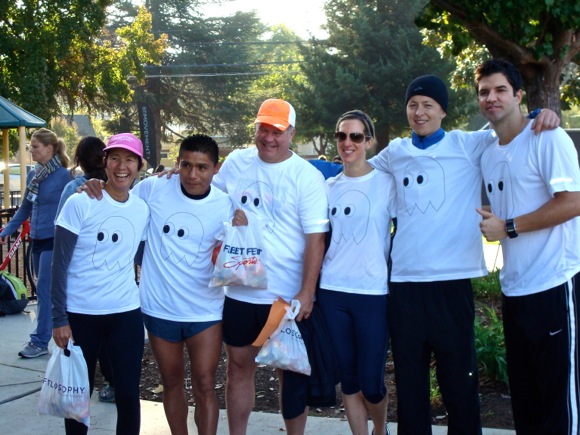