Princesses, pumpkins – and more – all on display at University Park’s annual Halloween party 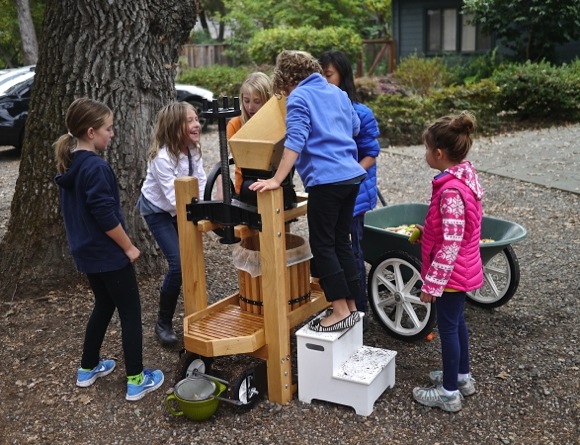 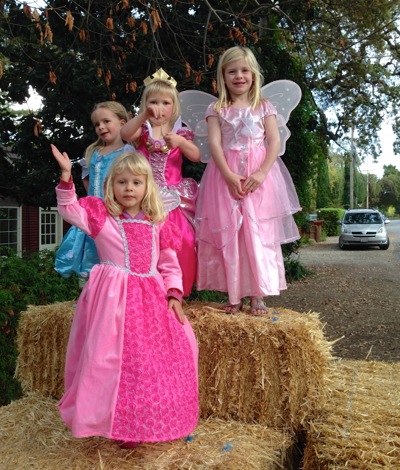 A decades long tradition in the University Park neighborhood of Menlo Park is the annual Halloween party, which was held last Sunday.

As has been the custom the last three or four years, families bring apples to make cider. The kids take turn tossing in the apples and turning the press. Everyone gets to sample the cider!

The gathering is a chance for the little ones to dress up and parade – and for those so inclined to practice their princess wave.

Kids of all ages get to to show off their prowess at pumpkin carving. The judging itself adds a dollop of more creativity. 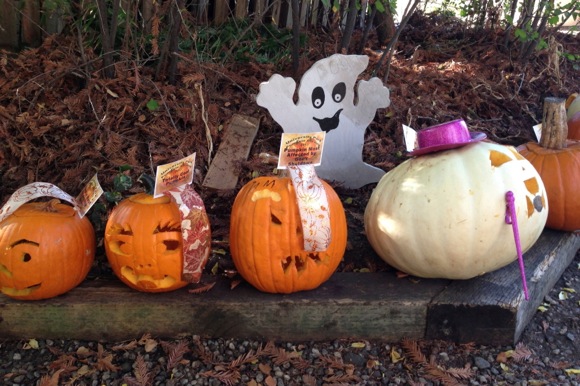