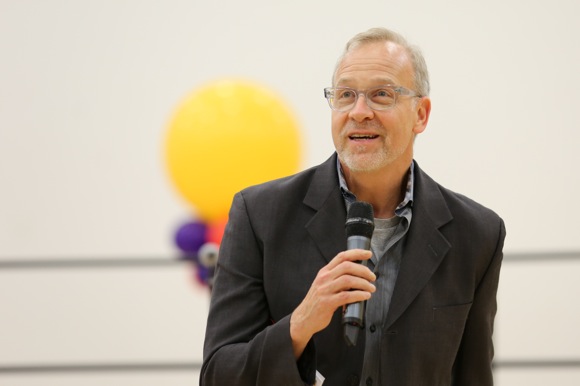 Broadway director and choreographer Steven Minning brings more than 30 years of professional experience to direct the high school musical production of Little Shop of Horrors at Menlo School this weekend.

Minning was resident director for such famed productions as Billy Elliot, The Lion King, and Showboat  and director/choreographer for such classics as My Fair Lady, The Will Rogers Follies, South Pacific,  and Annie before moving to Portola Valley to become the new drama director at Menlo School. He also directed numerous corporate and special events, including the 1994 World Cup opening ceremonies in New York and Boston and the 1994 Coca-Cola Olympic reception in Atlanta.

For his first production at Menlo School, Minning felt Little House of Horrors was an “appropriate” introduction, noting that the school’s “talent pool is very strong.”

Little Shop of Horrors is “a very well-constructed show that’s become a classic in musical theatre history,” he says. “Timelessness translates beautifully in a wide range of scenarios.” 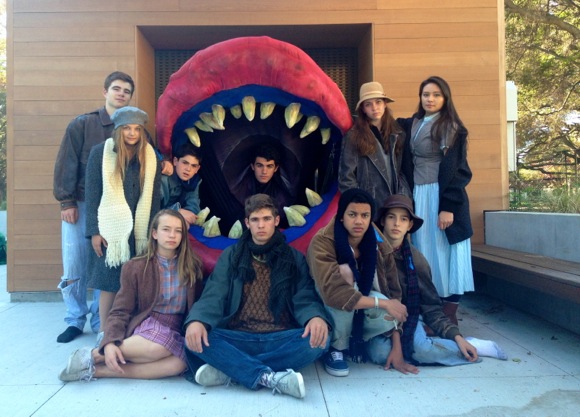 The musical is the story of Seymour Krelborn, a nerdy employee at Mushnik’s Skid Row Florist Shop, his coworker and love interest Audrey, and a mysterious plant that attracts business to the shop.

Junior John Horsley says he enjoys playing Seymour, “with all his flaws and strengths,” adding that the musical is driven “by the character’s motive.”

Senior Tara Saha, who plays Audrey, says, “The characters are serious about and live completely in their own little B movie…It’s taken a lot of work to build the different layers of (Audrey’s) character and make it … something the audience can sympathize with.”

Senior Sean Morgenthaler, who plays Mr. Mushnik, is “having fun transforming myself into Mr. Mushnik.” Morgenthaler, a first-time musical performer, credits the new director for his “great learning experience.”

Senior Jordan Vasquez, who plays multiple roles including Orin the dentist, admits it is challenging to play many characters, adding that he needs to “make sure they don’t overlap with each other.” The cast members share an enthusiasm and excitement over the new production.