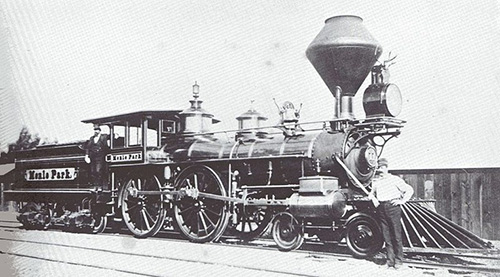 Caltrain continues its celebration of 150 years of the Peninsula Commute Service. The next event will honor the completion of the line from San Francisco to San Jose. The line was completed in January of 1864.

A special 150th Anniversary train, free to the public, will depart from San Francisco and return from Santa Clara Saturday, Jan. 18, 2014. It will stop in Menlo Park at 10:28 am for five minutes.

“The Native Sons will present a plaque acknowledging the historic [Menlo Park train] station,” emailed Casey Fromson of the San Mateo County Transit District.  “The public is invited to board the train for the ride to Santa Clara for the remainder of the festivities.”