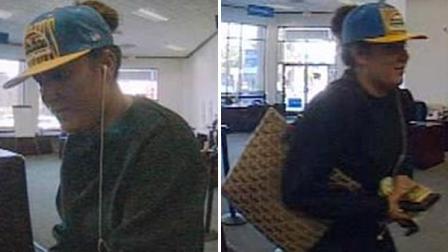 A 26-year-old Hayward woman, Jasmin Sahib, was arrested last night for two bank robberies that took place last Fall in Menlo Park. The Menlo Park Police Department worked with the FBI in the investigation after the suspect, known as the “sports cap bandit”, allegedly robbed the Bank of the West in downtown Menlo Park on October 29, 2013, and the US Bank, also in downtown, on November 8, 2013. In both instances, the robber passed a note to a teller saying that she was armed and demanded money, which she received before fleeing.