M-A students reflect on the Rev. Jesse Jackson’s visit to their school 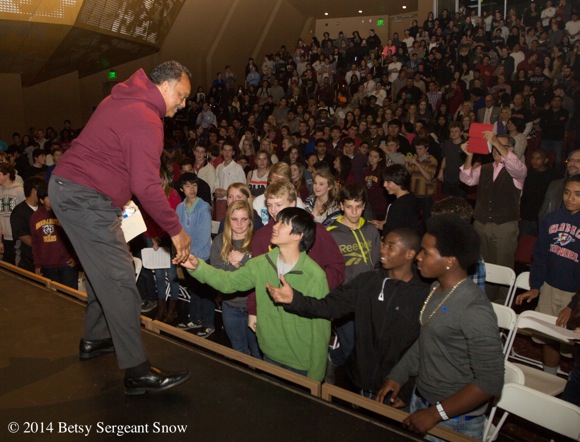 Editor’s note: A number of students sent InMenlo their observations of the Rev. Jesse Jackson’s visit to the Menlo-Atherton High School campus on Thursday, February 20. Below are edited versions.

And here is a link to special edition of The Mark that the students compiled post visit.

“I must embrace more than one language, more than one race. We all matter, every day matters.” That was the opening that the Rev. Jesse Jackson, a prominent civil rights activist, used to engage the audience at the Menlo-Atherton Performing Arts Center on Wednesday afternoon.

Jackson spoke about the importance of inter-racial interaction and the fact that we are all equals regardless of our race, the language we speak, or the amount of money we have. The speech ended with a well-deserved standing ovation.

Although not all M-A students at the assembly may have understood the magnitude of Jackson’s visit, the majority were excited to have the opportunity to listen to a prominent leader share a part of history. The general consensus after the speech was that it was awe-inspiring for such an important public figure to take the time to speak to a group of M-A students about his message of equality and his belief that “no one has the right to do less than their best.” 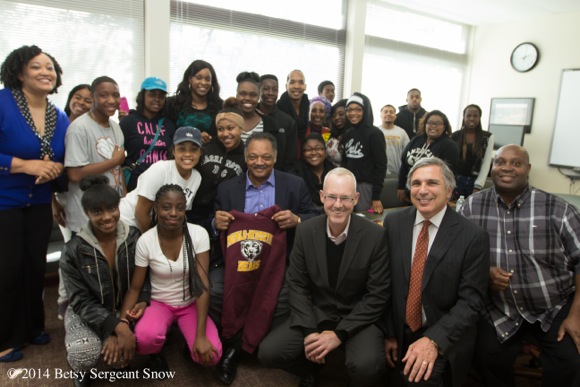 The Rev. Jesse Jackson has influenced people of all races and ethnic backgrounds and is currently paving the pathway to his legacy as a leading advocate for public policy issues.

During his speech in the Performing Arts Center at Menlo-Atherton High School, Jackson stated: “We all need to learn to live together as brothers and sisters,” furthering his belief that everyone should learn to live together in peace, while emphasizing the fact that people of all races and colors should be treated as equals.

Jackson claims that “America is for those who yearn to breathe freely,” and through these words, we know he is being completely genuine and is staying true to them. He always pours his heart out on stage and expresses his true passion for civil rights, which he continued to do throughout his visit to Menlo-Atherton High School. 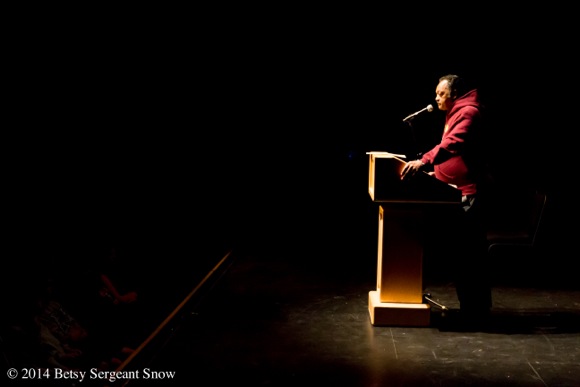 Civil rights activist the Reverend Jesse Jackson visited Menlo Atherton High School’s Performing Art Center today to discuss equality and race both locally and on a global level. Jackson’s call-and-response style and anecdotal stories engaged the audience and touched those lucky enough to be in attendance.

Emphasizing education as a pathway to equality, Jackson shared his insight about the diverse world we live in and the importance of acceptance. Quoting his mentor, the Rev. Dr. Martin Luther King Jr., Jackson stated “we must learn to live together as brothers and sisters or perish together as fools.”

His message rings true at Menlo-Atherton, a school that emphasizes its diversity as a source of strength. While M-A is certainly on the right track, we still have a long way to go. As a community, we must keep Jackson’s message in mind and constantly try to reduce the racial divide. We must take advantage of the diversity in our area and use this opportunity to further the movement of Jackson, King, and other activists who have worked for greater equality in our nation and elsewhere.