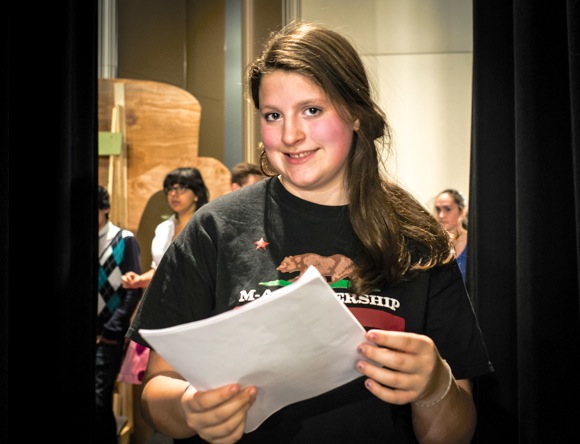 Menlo-Atherton High School sophomore Lucy Hall (pictured above) was one busy person when we stopped at the Performing Arts Center during a recent rehearsal of Seussical the Musical, the Drama Department’s spring production, which will premiere Friday, Feb. 28. Although she’s been involved in theater since she was in first grade, it was as an actor until she she took her first backstage job last spring. 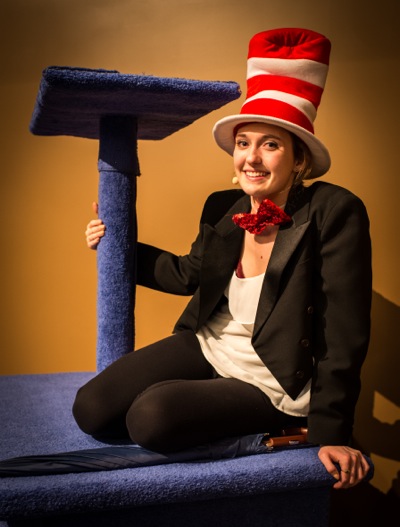 “I joined the tech team for Legally Blonde last spring and really loved the experience,” she said. “So I took on the role of stage manager for the fall production and again this spring. It combines my interest in leadership and the theater.”

And what does a stage manager do, we asked. “In the beginning it was about attendance and getting t-shirts ordered,” Lucy explained. “But now that we’re in final rehearsals, I call the cues from the booth, which is what I’ll be doing during the performances.”

In addition to Feb. 28, Seussical the Musical will be performed on Saturday, March 1, and Thursday-Saturday, March 6, 7,and 8 in the Performing Arts Center on the M-A campus at 555 Middlefield Road in Atherton. All performances are at 7:30 pm. 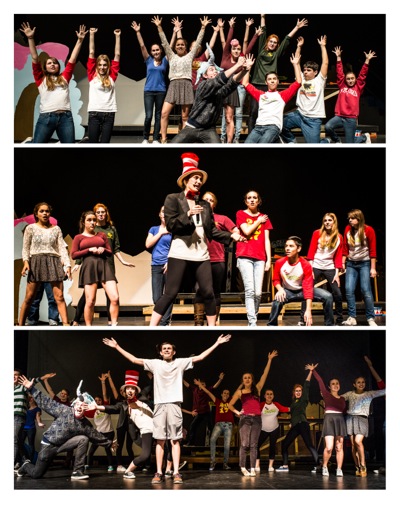 The musical brings to life favorite characters from Dr. Seuss books: The Cat in the Hat (played by Eliza Gutierrez-Dewar of Menlo Park) relates the story of Horton the Elephant (played by Will Hanley of Menlo Park) who discovers a speck of dust containing Whos.

A little Who child with a big imagination, Jojo (played by Josh Weiner of Menlo Park), is sent off to military school for thinking too many “thinks.” Meanwhile, Horton faces a double challenge — not only must he protect the Whos from a world of naysayers, but he must guard an abandoned egg, face ridicule, danger, kidnapping, and a trial. Ultimately, the powers of friendship, loyalty, family, and community are challenged and emerge triumphant.

Tickets are available online in advance or at the door an hour before curtain: $12 for adults, $8 for students, children, and seniors.

Along with the rest of 60 students involved with the production, Lucy is hoping that the wider community comes to a performance, particularly because it’s such a family friendly musical. “The cast is great,” she said. “It’s a fun show, and everyone is having a lot of fun on stage!”