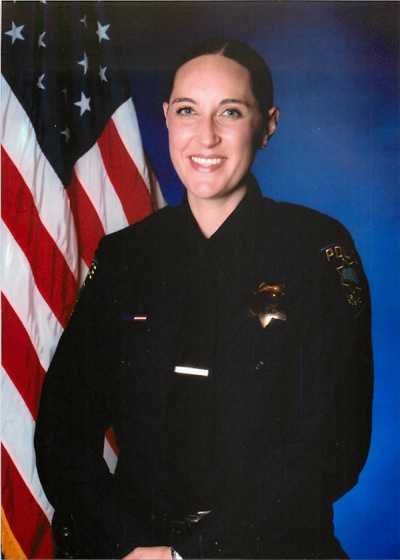 On March 4, 2014, the Menlo Park City Council unanimously approved an agreement with Facebook to fund a police officer position for a three-year term. This agreement has an option for Facebook to extend an additional two years. The position will handle neighborhood issues such as truancy, school and business safety, and enhance overall neighborhood security.

The Community Safety Police Officer will start April 1, 2014, and will work out of the new Neighborhood Service Center on Hamilton Avenue, which is in close proximity to several schools and businesses.

Officer Mary Ferguson-Dixon has been selected for this position. Mary has been with the Menlo Park Police Department for 8 years. She has a Bachelor’s degree in Criminal Justice/Sociology. In addition to her police officer training, she attended the School Resource Officer class certified by California’s Peace Officers Standards and Training (POST) and  has attended multiple trainings on juvenile diversion and truancy.

Mary is a pro-active police officer that has already built a relationship with the schools in Menlo Park. She enjoys working with kids and has attended meetings at the schools with the staff and parents to come up with solutions to improve the attendance of their children. Her goals are to educate youth about bicycle safety, stranger danger, and provide social media training for parents and teens.

Mary created and implemented a truancy abatement program for the MPPD four years ago. She conducted home visits to meet with the parents to find out the underlying reasons why their children were not attending school and successfully reconnected several truants to schools.

In addition, Mary will work with Sergeant Kevin Paugh to create school and business safety plans, along with offering safety presentations to the community. Kevin is one of MPPD’s instructors on critical incident management. He has attended multiple classes related to responding to work place violence, tactical response to schools and businesses, and crowd management.