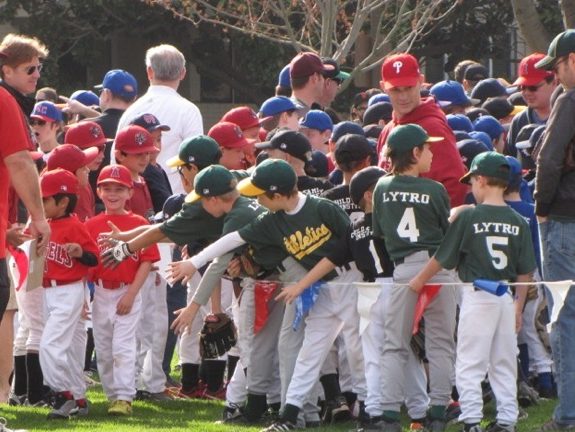 Menlo-Atherton Little League opened the 2014 Spring Baseball Season last weekend. The celebration kicked off with a rendition of the National Anthem, sung by Majors Lutticken’s own Tiana Lewis. M-ALL President Rich Ferrick then welcomed the assembled crowd of almost 1000 players, parents, and city officials including Menlo Park Mayor Ray Mueller; Atherton Vice Mayor Rick DeGolia, and Atherton Councilmember Elizabeth Lewis. Each of the 50 “graduating” 12-year-olds and their parent coaches were given a plaque honoring their service to the league.