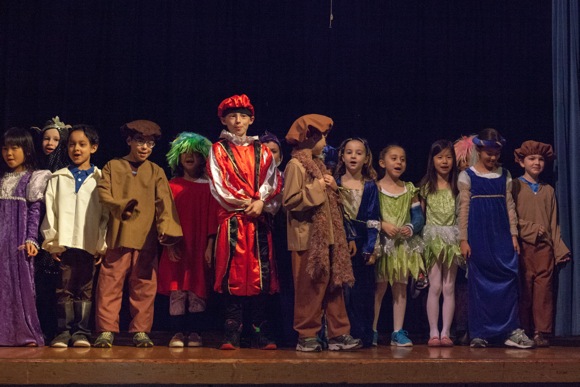 InMenlo photographer Laura Hamilton (whose photos accompany this post) forwarded this email from Laurel School second grade teacher Jeriann Hirsch about the Shakespeare play performed by the schools’ students this past Friday: 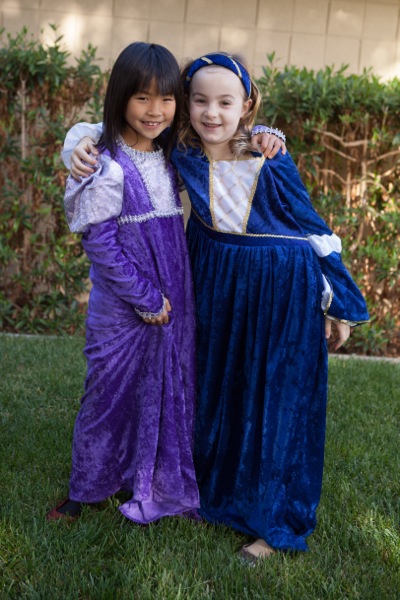 “Every year I see how much kids are touched by doing this Shakespeare play. It’s a tremendous amount of work for them. . .but it never leaves anyone where it found them.

“I can’t even count the number of former parents who I run into, or who email me years later, and tell me this play changed the course of their child’s interests, impacted their decisions later, influenced their summer camps (they even have Shakespeare camps!).

“This play also helps kids with public speaking in general. Are you familiar with the 3rd grade Debate program across the district? A few weeks ago there was a 3rd grade debate competition at Encinal. I noticed about 3-4 kids from each of our 3rd grade classes chose to participate in the competition that day.

“However,, I couldn’t help noticing that an entire half of my last year’s 2nd grade class (who are now 3rd graders) were competing in that Debate Day. That’s huge, and I credit that completely to their experience speaking on stage in front of over 100 people with A Midsummer Night’s Dream for Kids.”