MPPD’s newest recruit hails from the Czech Republic – and has four legs! 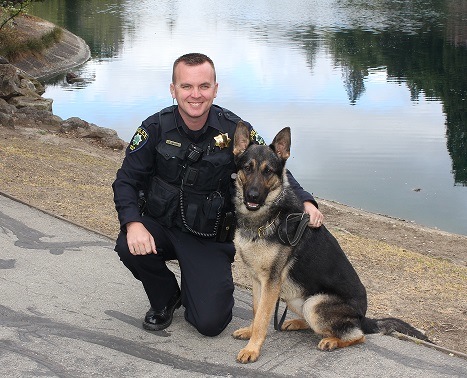 The Menlo Park Police Department’s newest member is Nerro Ajaxova Uranie (Nerro for short), an 11-month old German Shepherd who arrived in the U.S. from the Czech Republic just two months ago.

He was purchased by a donation from Menlo Park business owner Jason Chang of CSBio Incorporated.

Nerro and his handler, Officer Allen Swanson, have just completed an intensive one-month training together and are now patrolling the streets of Menlo Park keeping the public and officers safe.