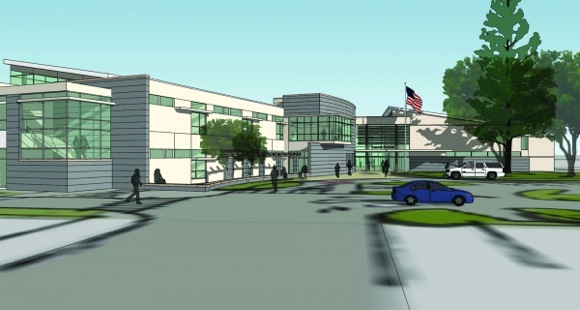 At the most recent Menlo Park School District Board of Education meeting, the decision was made on the name of the new Laurel campus at the O’Conner school site Elliot Drive site in the Willows neighborhood.

When that campus opens in the Fall of 2016, Laurel will join Oak Knoll and Encinal offering grades K-5 school, under one PTO, with one budget and one staff, following one single School Plan — although on two different campuses. The current O’Connor school will be demolished, and the new campus — designed by Deems Lewis McKinley Architecture, which also designed Hillview — will feature a two-story building with 14 standard and two larger classrooms along with space for art, music and science as well as a separate library and gym.

The MPCSD School Board voted unanimously to keep the name “Laurel School” for both campuses:

Principal Linda Creighton told staff last week: “This is a fantastic decision and one of many milestones that will ensure we have a fully articulated program and a single school mission and vision for all Laurel School students in our community. In the coming two years, together we will be shaping and reimagining Laurel School as an unmatched kindergarten through fifth grade school experience.”