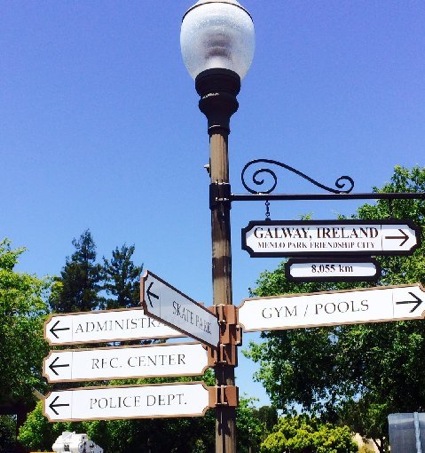 Emails Jim Lewis of the Two Menlos organization: “The new Galway directional sign was installed in Menlo Park today. It is located near the parking lot off Laurel Street on the south side of the Administration Building, near the Burgess Park athletic field.

8,055 kilometers equals approximately 4,970 miles, or in our case “smiles”. Kilometers were used instead of miles to high light the international aspect of the sign.”