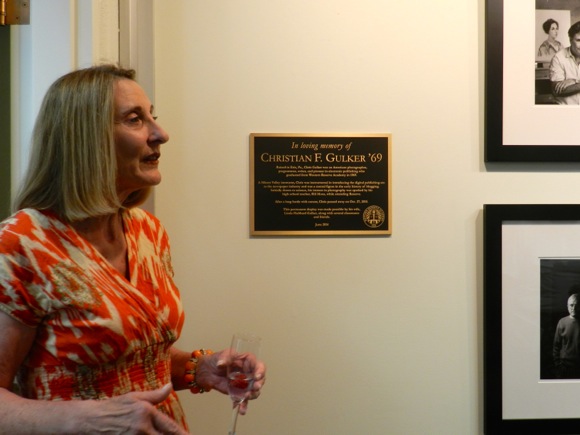 We journeyed to Hudson, Ohio this past weekend to attend the dedication of a permanent exhibit of InMenlo founder Chris Gulker’s photos at his alma mater, Western Reserve Academy. The event was held in conjunction with what would have been his 45th class reunion.

Choosing the dozen or so photos that would fit the Academy’s needs was challenging. Chris had begun as a police and fire news photographer in the 70s, transitioning to black and white feature portraits in the 80s. In the latter part of that decade he was shooting 35mm slides, a very vexing format to sort through. As chronicled in his obituary, he then went on to become a pioneer in digital imaging. 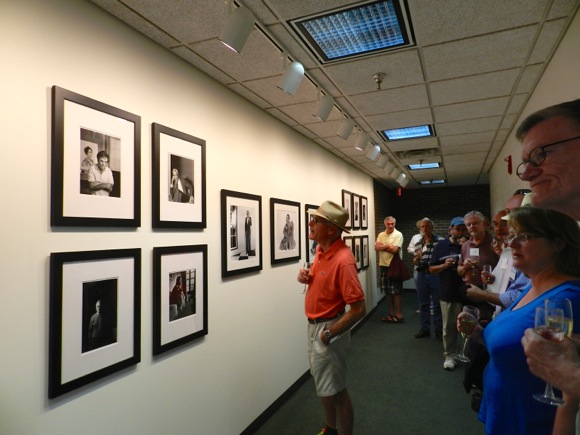 In talking it over with WRA photography teacher Alan Doe, we settled on a number of what had become iconic black and white portraits, including those of George Burns, Farrah Fawcett and other Hollywood celebrities combined with a series of photographs he had taken of other photographers, among them Richard Avedon, Annie Liebovitz and Helmut Newton.

We can only surmise that the permanent exhibit at the school that helped shape his adult life would please Chris very much.