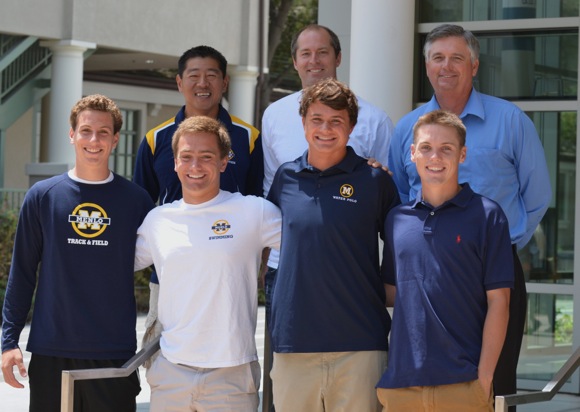 Three Menlo School spring sports teams were named Central Coast Section Scholastic Champions and four other teams made the top five of those with the highest collective grade-point average in their respective sports. Menlo baseball, boys’ swimming and boys’ track and field each had the top GPA during the 2014 spring season.

The Knights football and boys’ soccer also were named 2013-2014 CCS scholastic team champions as reported after the fall and winter seasons. Menlo School had three scholastic championship teams in 2008-2009 and in 1987-88, but this is the second time since the awards began in 1985 that three Knights teams achieved the honor in one season. Football, boys’ water polo and girls’ golf all were CCS scholastic champs in fall 2012.

The awards handed out since 1985, with a hiatus in 2011-2012, recognizes the top five varsity teams from each CCS sport.