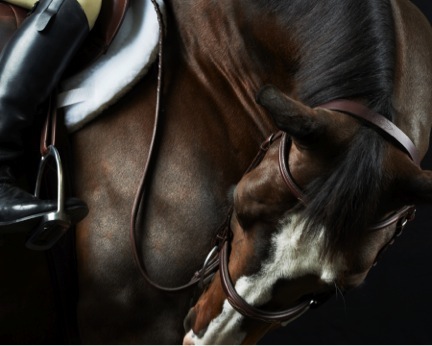 San Francisco-based Peter Samuels has  been selected as  the“Artist of the Year” for the Menlo Charity Horse Show, which will take place August 5 – 10, 2014 at the Menlo Circus Club in Atherton. Each year the committee selects an artist and work that represents the spirit of competition that has the Show an equestrian tradition for 44 years.

Samuels photograph, Ready When You Are, captures a moment of unspoken connection and contemplation between horse and rider before competition. Betsy Glikbarg, the show’s founder commented: “We are honored that Peter Samuels will be adding his name to the list of extremely talented and well-known artists, such as LeRoy Neiman, who have participated in our event.”

Samuels has been a professional photographer for 20 years, but his entrée into equestrian work resulted from the inspiration of capturing his first dog, Leica, in 2009. Shortly after, he was commissioned for animal portraits in addition to his people, corporate and product work.

“Being part of the Menlo Charity Horse Show is thrilling and an honor, and even more so because I am the first photographer to be named artist of the year in the show’s iconic history, ” Samuels said.

Highlights of this summer’s show include a Friday night Gala and Live Auction, August 8th, where the photograph, with an estimated value of $4,800 will be auctioned to the highest bidder. All proceeds will benefit Vista Center for the Blind and Visually Impaired in Palo Alto which is dedicated to serving over 2,600 clients in the Bay Area through its programs promoting independent living and improving quality of life.