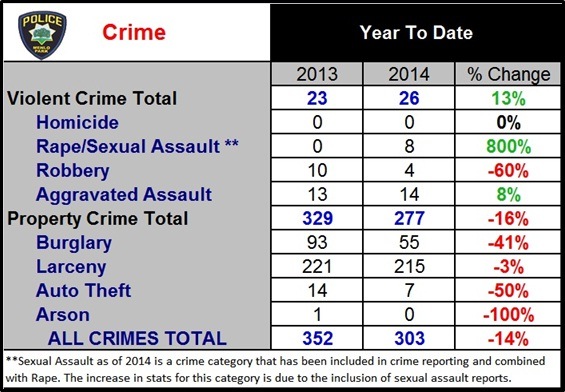 The Menlo Park Police Department announced that there was a significant reduction in crime in the City of Menlo Park during the first six months of 2014.

“By educating the community on crime prevention methods and by getting community members and businesses involved in crime prevention activities such as neighborhood and business watch, the Menlo Park Academy, the Chief’s Advisory group, and embracing new technology, we can continue to reduce the number of crimes and improve the quality of life in the City of Menlo Park,” stated the press release.