Menlo Park gets all dressed up in advance of Halloween 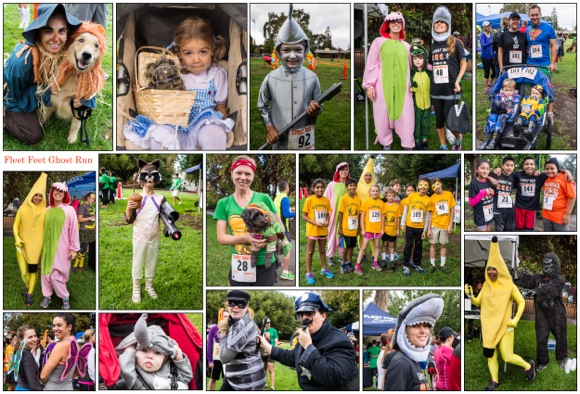 The sun had a bit of a hard time poking through the rain clouds this morning, threatening two popular Halloween-related events, the City-sponsored parade for kiddies downtown and the Ghost Run put on by Fleet Feet Menlo Park. But break through it did, to the delight of participants at both Halloween celebrations.

InMenlo contributing photographer Irene Searles put together a collage of photos from the Ghost Run, emailing: “The Wizard of Oz family, top left, won the prize for best costume. The Banana was the MC for the event. [Fleet Feet co-owner] Lisa Taggart and son Will are in the top row, two dinosaurs with a shark, a woman from Spain.”

We added a couple of photos we took at the downtown parade, which was delightfully dominated by bands from La Entrada and Hillview school, both sounding tip top. And who could resist the darling baby dressed up as a puppy? 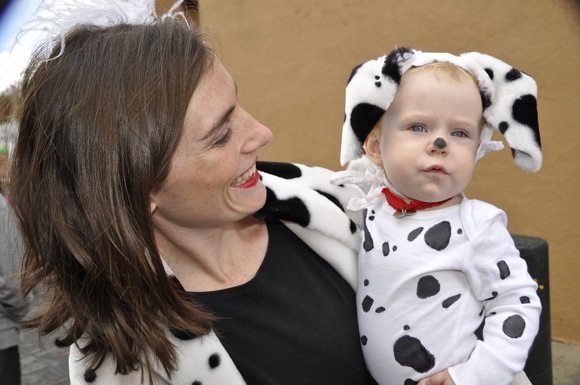 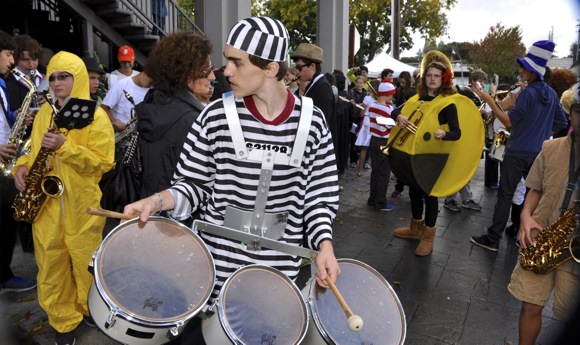