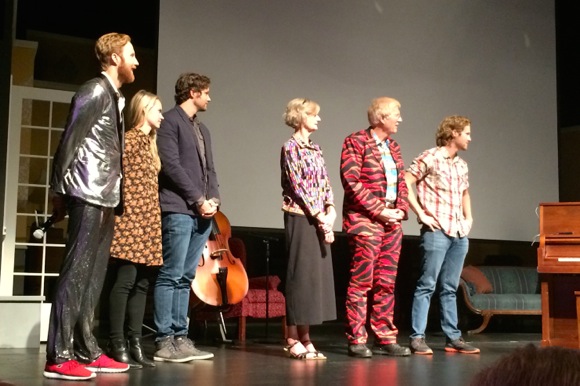 An abundance of laughter and silliness filled the  Woodside High School Performing Arts Center last night. It was a fitting way to salute two people who’ve provided their community with a steady dose of both over the years, as well as many charitable good deeds 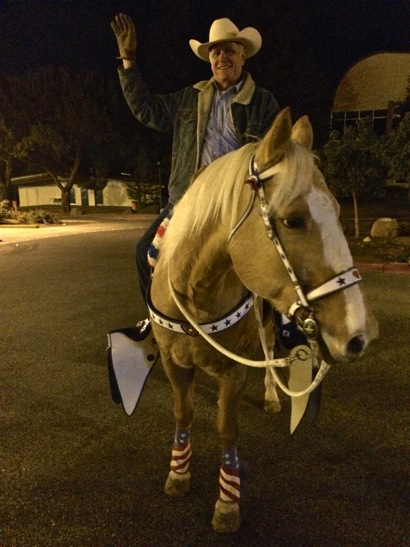 Margaret and Jamis MacNiven (pictured with their family), owners of Buck’s of Woodside, were the honorees at the inaugural Sillycon Valley LOL, a fundraising effort to raise money for Alzheimer’s Research.

As locals, know Buck’s is not only one of Silicon Valley’s preeminent dealmaking spot, it’s also a favorite with Valley children. What other restaurant has such a wild assortment of decor and lets kids roam the premises on treasure hunts?

The evening’s entertainment was provided by Sandy and Richard Riccardi who describe their musical comedy revue as “tastefully raunchy.” Their clever songs chronicle the foibles of middle and older age as well as the life in the 21st century. Holiday Dinner Party, which can be viewed on YouTube, was a particular crowd pleaser.

With the painting of Roy Roger and Trigger from Buck’s collection on view, the appreciative audience sang Happy Trails to You to conclude the evening. Or so they thought: Outside was a a live version of the cowboy and his horse!