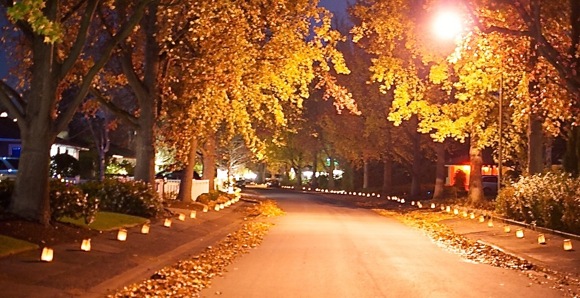 For the past two Christmas Eves, around 900 luminarias have lined three streets off of Santa Cruz Avenue in Menlo Park — Cotton, Hobart and Hillview. And they’ll be making an appearance again this year.

The luminarias are the work of Cotton Avenue resident Jim Schott, whose inspiration came from his brother who lives in Cranbrook, NJ, where half the town is lit up. Added Jim with a smile: “Our youngest graduated from the sandbox, and we needed a place for the sand!” 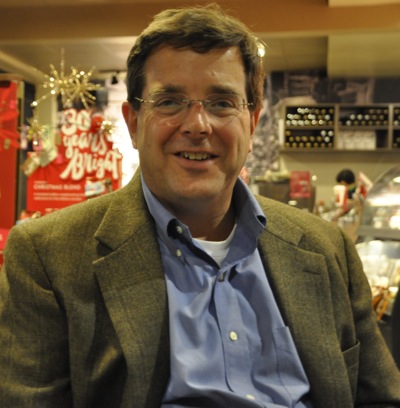 Jim (pictured right) refers to himself as the “supply sergeant” of the yearly project. He orders the paper bags and candles and gets them distributed along with the sand to his deputies on Hillview (Debbie Hall) and Hobart (John Dumulac). Households are asked to contribute $5 to the project and each house receives eight to ten luminarias.

“This year, we’ll set up in the mid-afternoon,” he says. “The luminarias will be lit around 5:00 pm and should stay on until about midnight.”

This is the first year that rain could be a factor, although at the time of this posting the predicted showers should be over by 6:00 pm . “It would have to rain really hard to put the candles out,” says Jim. “And we have people who patrol the streets in case any of the bags catch on fire. They’re then replaced.”

Jim hopes that the luminarias may spread to other streets in the future and possibly grow in scope one day to include a charitable component. 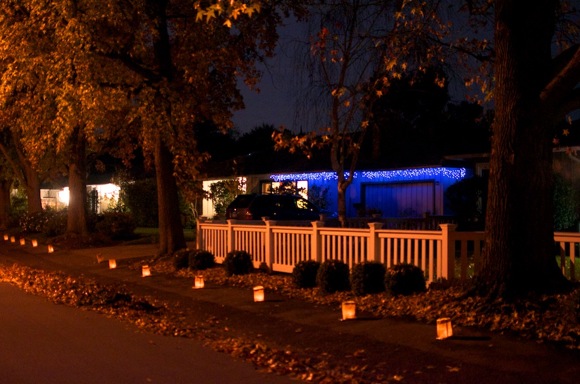