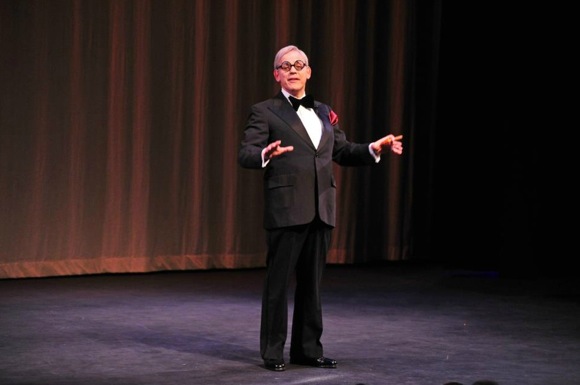 The community is invited to witness a joking, singing, dancing George Burns live and in concert, as performed by Duffy Hudson. The free show is presented by the Friends of the Menlo Park Library, on Saturday, January 3, at 2:00 pm in the Menlo Park City Council Chambers.

Stage and film actor Duffy Hudson brings George Burns’s wit and wisdom back to life in a special performance for the whole family. Hudson promises a 75-minute trip down memory lane, with singing, dancing, and storytelling in the beloved star’s memorable style.

Duffy Hudson is an actor, director, writer, teacher and filmmaker who attended the Circle in the Square Theatre School in New York before moving on to perform in several Broadway productions and found a number of theatrical companies. Now based in Los Angeles, he has his own film company, and is much-lauded for his one-man touring productions in which he portrays other famed personalities, such as Edgar Allan Poe and Albert Einstein, as well as his performances of Dr. Seuss classics and “A Christmas Carol.”