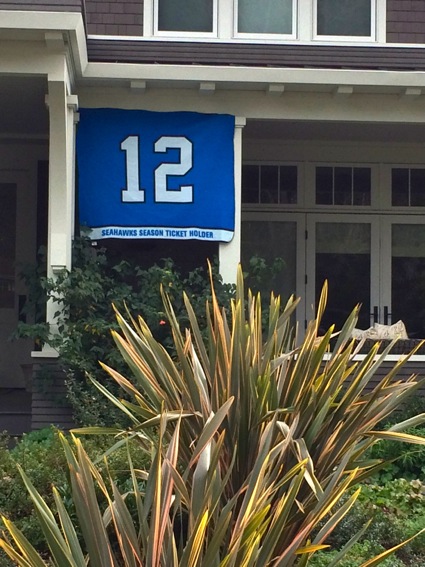 We wonder if this big Seattle Seahawks banner – spotted on Bay Laurel – proclaiming a fan’s season ticket status would have been hung during the regular season, given that Menlo Park is Niners territory. Because Patriots QB Tom Brady has Peninsula ties, we’ll be on the look out for some fan support for him and his team.