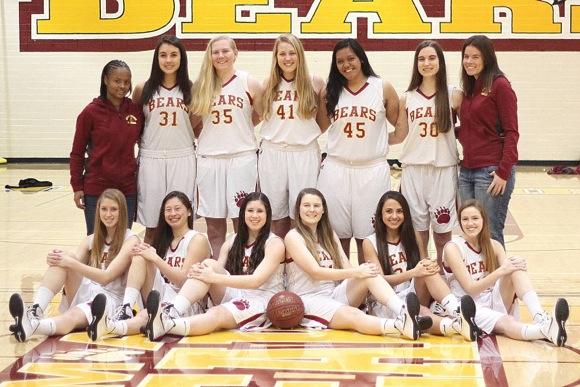 For the first time since 2008, the Menlo-Atherton Varsity Girls basketball team will be playing tonight for the Peninsula Athletic League (PAL) championship title. Game time is scheduled for 6:00 pm on February 21 at Mills High School in Millbrae.

The M-A Bears took the PAL South Division title with an 11-1 league record and defeated South San Francisco (44-28) and Half Moon Bay (54-45) to make it to the PAL finals. The Bears will be playing PAL North Division champions Westmoor High School who are hoping to repeat last year’s PAL Championship victory.

All M-A Bear fans are being encouraged to come support the team. The game will also be streamed live on Millbrae Community Television .