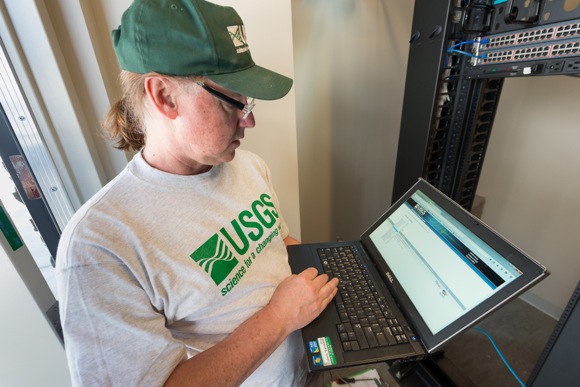 Where better to install a new earthquake sensor than in the new home of the San Jose Earthquakes Major League Soccer team? Geophysicists from the Menlo Park-based U.S. Geological Survey installed a seismograph in the offices of the San Jose Earthquakes at their new Avaya Stadium last week, in advance of the home opener today (3/22/15). The goal is to gain a better understanding of ground shaking from earthquakes in the southern San Francisco Bay Area.

For several years, the USGS has been installing additional sensors to achieve a denser and more uniform spacing of seismographs in select urban areas to provide better characterization of how ground motion varies from one location to another during earthquakes. These measurements improve the ability to make rapid post-earthquake assessments of shaking and contribute to the continuing development of engineering standards for construction. 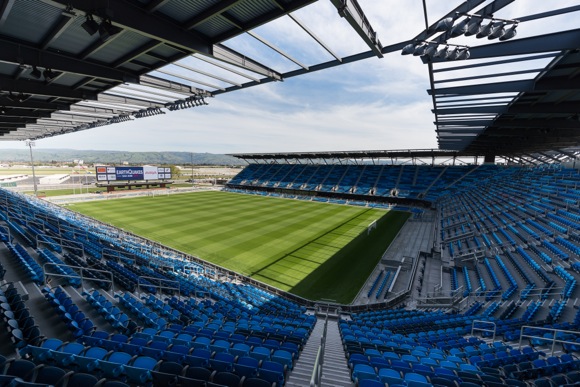 The USGS NetQuakes seismograph will record not only small natural earthquakes but is sensitive enough to record ground vibrations generated by large, noisy crowds at Avaya Stadium. The installation of this seismograph builds on a partnership between the San Jose Earthquakes and the USGS established last year with an earthquake preparedness fair at the final home game at Buckshaw Stadium on October 18, 2014, the day after the 25th anniversary of the 1989 Loma Prieta earthquake.

Seismograms recorded on the new instrument, whether earthquake or crowd generated, are publicly available online.