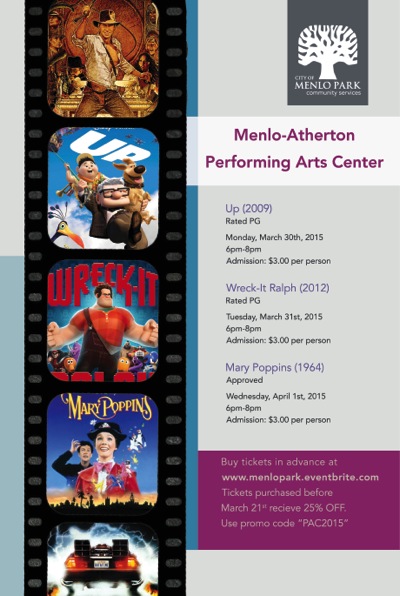 Doors open nightly at 5:30 pm, movies start promptly at 6:00 pm. $3.00 General Admission. Dressing in character is encouraged. Purchase tickets in advance at online. This series is brought to you by the City of Menlo Park Community Services Department.