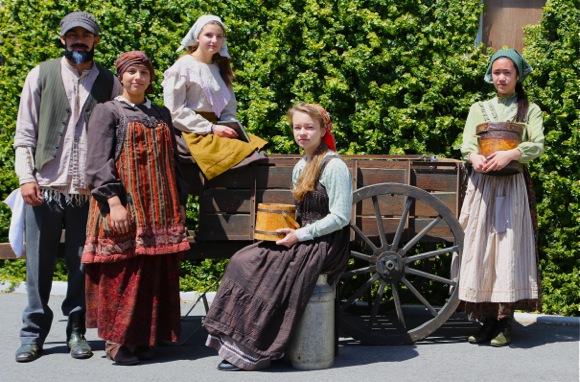 In honor of the Menlo School Centennial and the 50th anniversary of one of the staples of American musical theatre, Menlo Drama is presenting the nine-time Tony Award-winning musical masterpiece, Fiddler On the Roof.

Performances run the first two weekends in May: 1st, 2nd, and 3rd and May 8th and 9th at 8:00 pm outdoors in the quad at Menlo School. The community is welcome and encouraged to attend; tickets at $10 for adults $5 for students are available online and at the gate, which open at 7:00 pm. Lawn chairs, picnic baskets and blankets are approved and traditional seating will also be provided. 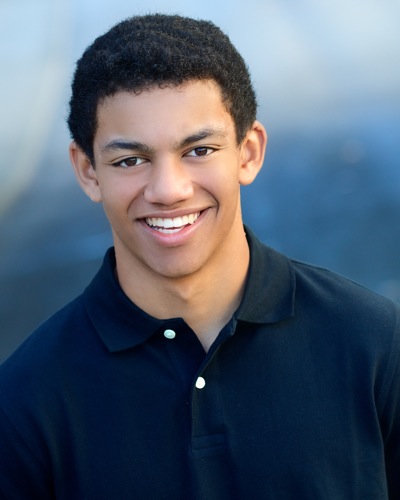 Fiddler bookends Menlo’s year-long Centennial celebration by telling the story of Jewish milkman Tevye, the father of five daughters, and his attempts to maintain his cultural traditions, as outside influences encroach upon the family’s lives. According to director Steven Minning, “The show embraces themes of diversity, inclusion and tradition — themes important to our school and community. The show is as relevant today as it was in 1905 when the events actually took place as well as in 1964 when it was written.”

Minning has staged several remarkable productions to rave reviews since his arrival at Menlo in 2013, most recently Urinetown and The Laramie Project. This production, however, holds special significance in that it was his first Broadway show he performed in as an actor and dancer. He recalls: “Chosen under the tutelage of Jerome Robbins, I trained and performed as one of the Russian and bottle dancers at Lincoln Center’s New York State Theater revival of Fiddler starring Herschel Bernardi as Tevye and Maria Karniolove as Golde.”

In addition to his professional skills and experiences, he has imported another Broadway tradition to the Menlo School Drama Department, one of philanthropy. Each of his last five productions has been tied to a specific non-profit organization, chosen by the cast, whose work corrolates to the message or themes of the production. The International Rescue Committee will be the recipient of donations collected. The IRC was founded at Albert Einstein and other intellectuals to assist German citizens suffering under Hitler. The IRC continues its work today by providing health care, infrastructure, learning and economic support to people in 40 countries.

Menlo senior Miles Fowler (pictured far left in top photo and at right), an active participant in theatre throughout his seven years at Menlo, returns for his final production, playing the lead character. “For me, the biggest challenge is understanding Tevye’s dilemma in balancing tradition with the changing world,” says Fowler. “Tevye, as a character, is so rich in different emotions and perspectives. While he is terribly poor, he possesses the tremendous ability to maintain balance in his everyday life.” Fowler will attend UCLA, USC, or the University of Michigan in the fall, double-majoring in theatre and political science.