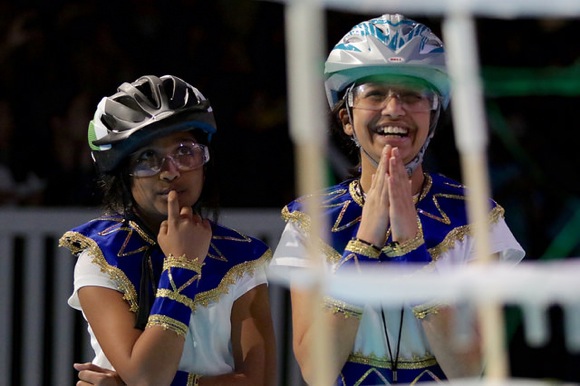 The Junior League of Palo Alto•Mid Peninsula (JLPA•MP) is partnering with The Tech Museum of Innovation to encourage girls in technology, part of a new community focus area for the League. The Tech Museum, founded by JLPA•MP in 1976, will benefit from a $100,000 grant in celebration of the League’s 50th anniversary, as well as significant volunteer and outreach support over the next three years.

One joint project will provide funding to establish “Girls @ The Tech Days,” a new program focused on engaging girls with STEM education and educating teachers to support them. Girls will participate in hands-on workshops, interact with exhibits, and hear from women working in tech today.

Another project will pair JLPA•MP members with middle school girls participating in The Tech Challenge, an annual team design challenge that reinforces the scientific and engineering process. JLPA•MP members will also aid in establishing the Girls @ The Tech Committee, which will help to provide future community and financial support for the museum.

“The Tech is enormously grateful for the support provided by the JLPA•MP,” said Jessica Christie, Director of Individual Giving at The Tech. “Without their efforts the museum would not exist, and their renewed support will allow us to focus on the crucial issue of inspiring girls to connect with STEM.”

“Getting and Keeping Girls in Technology” emerged as a pressing issue in Silicon Valley as a result of a community needs assessment conducted by JLPA•MP. The JLPA•MP believes it is uniquely qualified to make an impact on the issue due to its location, membership, and mission.

“We are thrilled to partner again with The Tech to create new programs that focus on sustained engagement of girls in STEM, an issue we determined critical to our local community,” commented Project Development Committee co-chair and immediate past president, Joy Baker Peacock.

Since its founding in 1965, the Junior League of Palo Alto•Mid Peninsula, which is based in Menlo Park, has contributed thousands of volunteer hours to the local community, supported nearly 100 community service projects, and awarded grants to 192 area nonprofit organizations.

Photo of girls involved with previousTech Challenge by Don Feria