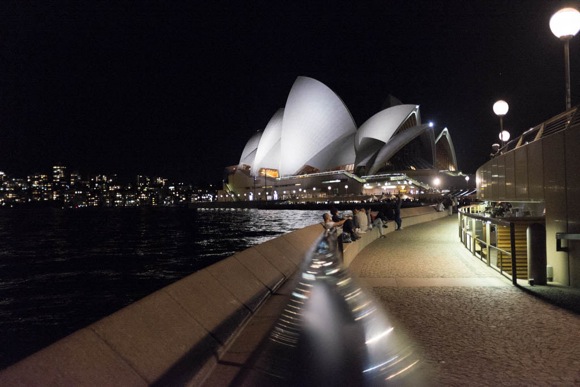 Menlo Park-based photographer (and InMenlo co-founder) Scott Loftesness packed his Fujifilm X100T camera on a trip to Sydney, Australia. We sat down to talk to him about some of the night shots he took around the Sydney harbor.

He explained that he looks for “interesting light.” “I’ve learned that I’ll look in the direction of the light and then look for good composition. But it’s the light that captures my attention.”

He call this series of photos “architectural landscapes.” His advice: “Landscapes are all around you. Be on the lookout!”

Opera House – horizontal: “It was the first shot I took. In my mind, it’s less than perfect as there is some blurriness.” 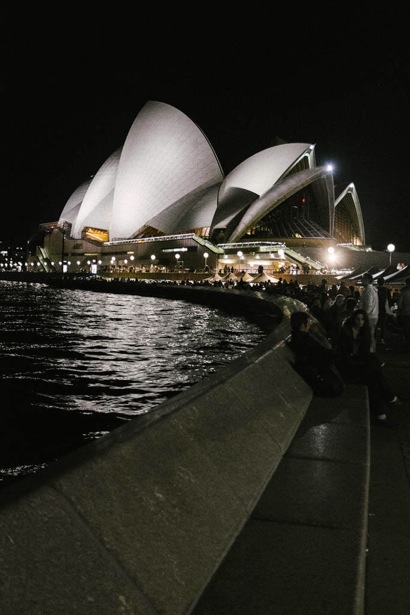 Opera House – vertical: “In this companion shot, I was able to emphasize the wall. It was taken right after dinner at the Sydney Cove Oyster Bar, which is set right on the water. I just looked down the walkway.”

Sydney Harbour Bridge at sunset: “This was the view right from the restaurant. How the light lit up the clouds caught my attention.”

Vivid Sydney rehearsal: “The lights are projected on the buildings as part of Vivid Sydney. When they’re first projected, they’re blue and then the colors start changing.” 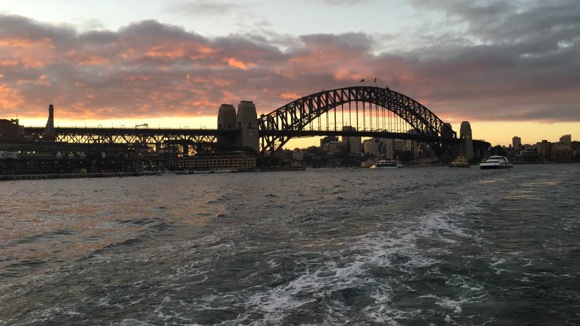 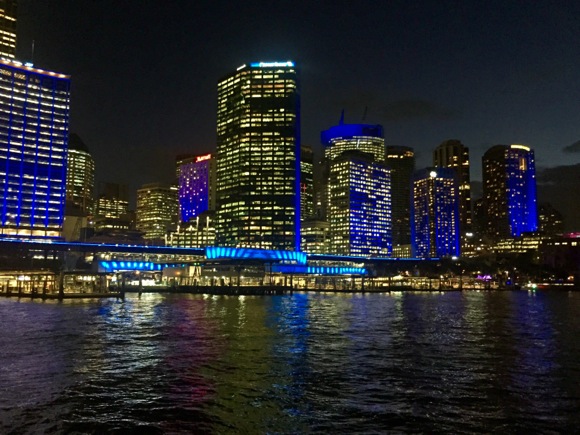