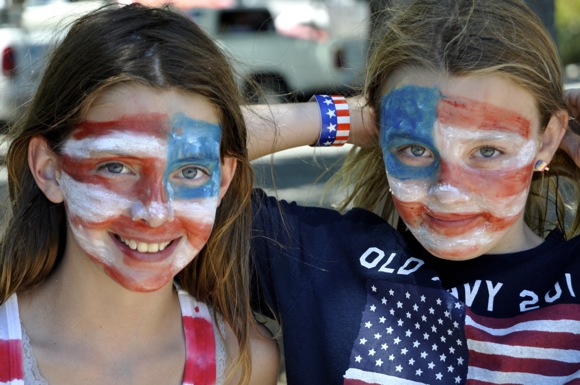 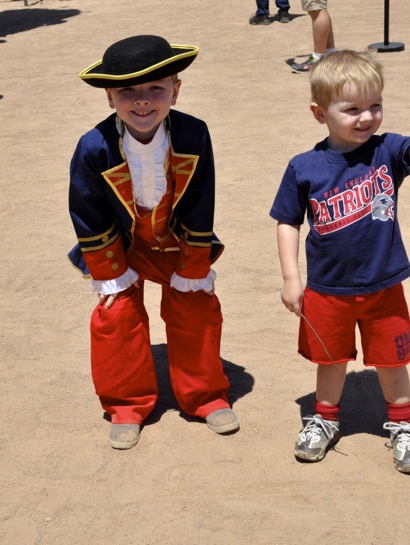 Here’s some scenes from the parade in downtown Menlo Park and festivities at Burgess Park held earlier today. The latter featured something for everyone. Good band rocking classic sounds, variety of food trucks provided by Off the Grid, jumpy houses and slides, laser tag, and crafts for kids who got tired of running around. 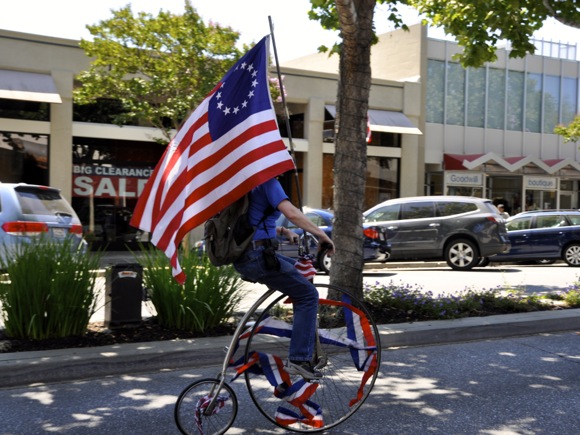 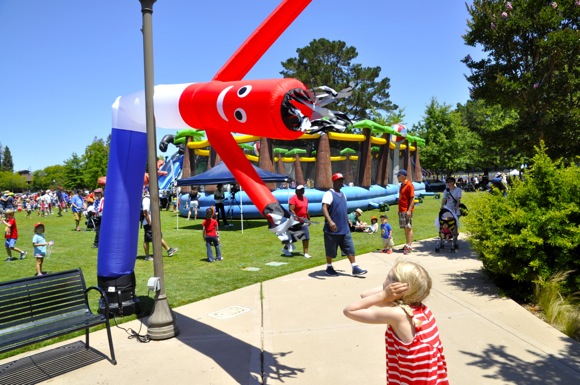 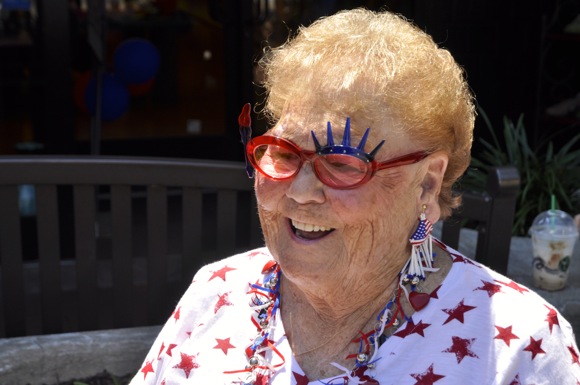 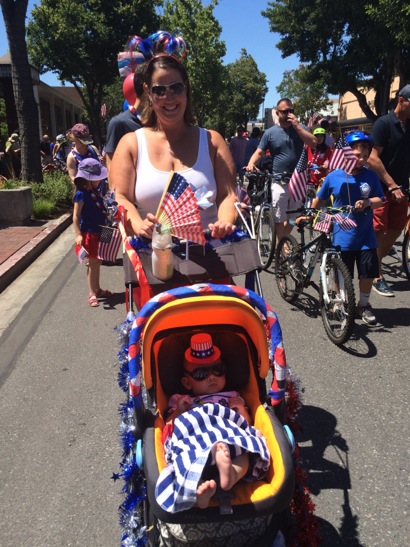