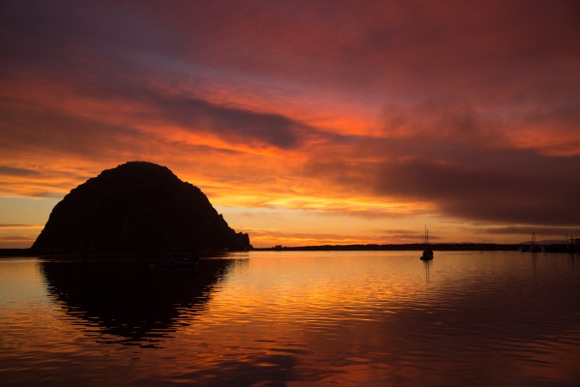 On a recent swing through Central California, InMenlo contributing photographer Scott R. Kline packed a new piece of equipment, a  Canon EOS 5D Mark III. “I like to keep my photo equipment up to date,” he says, “and this model focuses a lot better than my Mark II. It really made a difference, especially in low light.” 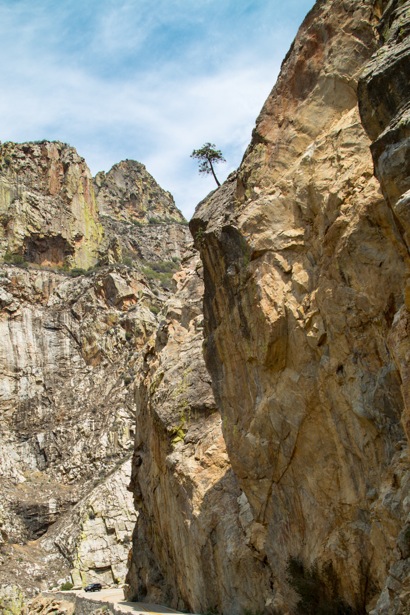 A lone tree perches on a cliff at Kings Canton National Park in Califonia.

The 1,000 mile Central California trip was typical of the three-to-four-day road trip he does once or twice a year. “It clears my head,” Scott says. “Plus taking landscapes is a departure from the portrait and head shot work I do.”

His journey took him first to Kings Canyon National Park, then Sequoia National Park, across the middle of the state to Paso Robles, then south to Santa Maria before heading north on Highway 1 through Morro Bay and Big Sur on the return home.

“I drive and when I see something I like, I stop and take photos,” he says. “The other thing I really like to do is find a spot that I think is going to have a great sunset and just sit there and wait.”

Here’s what he has to say about the photographs featured here: 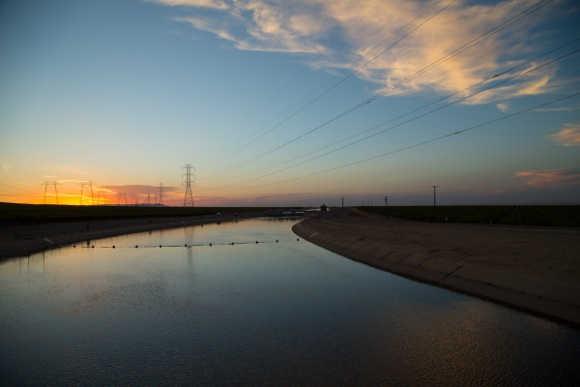 The sun sets behind power towers over the California Aqueduct near highway 41 in the Central Valley.

Morro Rock and sailboat (top): “I saw this sunset coming from a mile away. There was a great break on the horizon, and the sunset went on for an hour. I was going to eat, but I just kept shooting!”

Kings Canyon ( top right): “This is a really spectacular part on Highway 180. The car at the bottom provides scale to the photo. The tree was like a sentry keeping watch on everything.”

California Aqueduct (middle, above): “I waited at this spot on Highway 46 near Kettleman City. The water is so perfect. I think the high tension wires are a good added element to the skyline.” 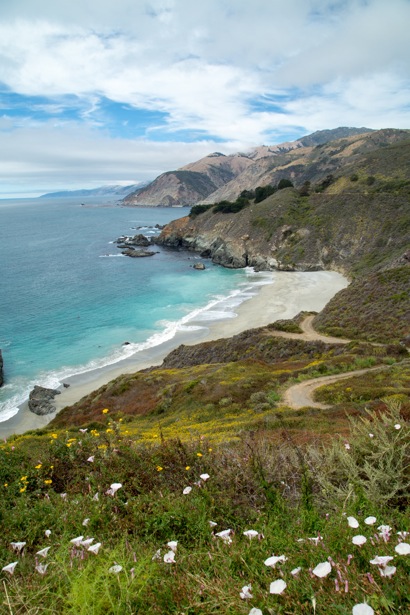 A bridge in the distance on highway 1 along the Big Sur coast in California.

Big Sur coast (above right): “I don’t think landscapes always have to be horizontal. In this vertical shot, the eye first sees the flowers, then the beach, followed by the mountains and clouds. It gives the viewer a lot of things to see in one photo.” 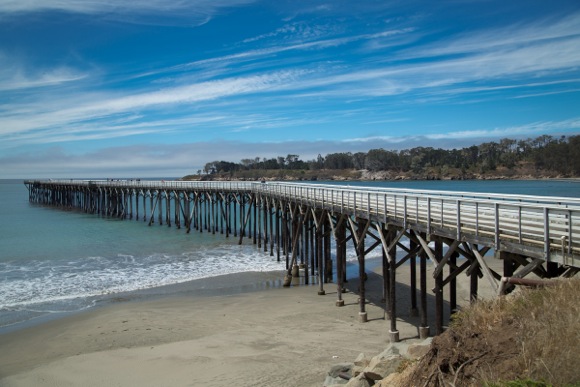 Pier at William Randolph Hearst Memorial Park (above): “I always liked piers because of their symmetry and geometric patterns. Most of the time I shoot them from underneath but I took this one from the side as I like the bend in it.”

Photos by Scott R. Kline (c) 2015; used with permission. More of his photos can be viewed on Flickr.