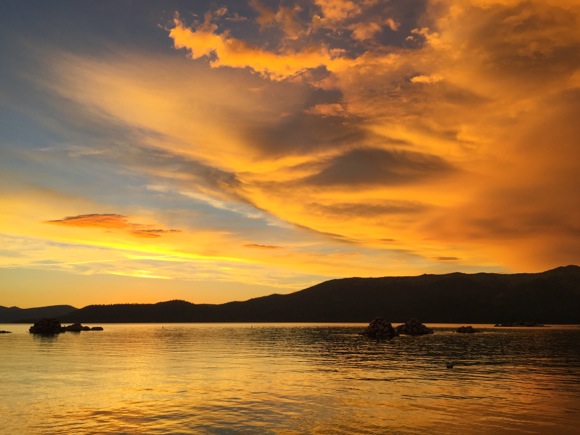 Earlier this summer, I spent a week and a half in the Lake Tahoe and Yosemite National Park areas, hiking and taking photographs. I covered more than 100 miles of trail on foot, with either my DSLR or my Canon point-and-shoot (depending on weather and distance), and my iPhone — and sometimes all three.

My photography goal for the trip was to try some new techniques, and I found plenty of opportunities, including night photography at Bodie State Historic Park (a gold-mining ghost town), lightning photography (not something I’d planned for) and sunset reflections on the lake.

The awesome staff at Alpenglow Sports in Tahoe City helped me choose the right trail maps and — most importantly — recommended their favorite hikes in the area.

Each day’s hike showed off Lake Tahoe and the surrounding areas from a new vantage point, whether from a different side of the lake, a different elevation, or a different lake entirely.

One of my favorite hikes was through Desolation Wilderness (off of Highway 50, about 12 miles from South Lake Tahoe), starting at Echo Lakes and ending at Lake Aloha. 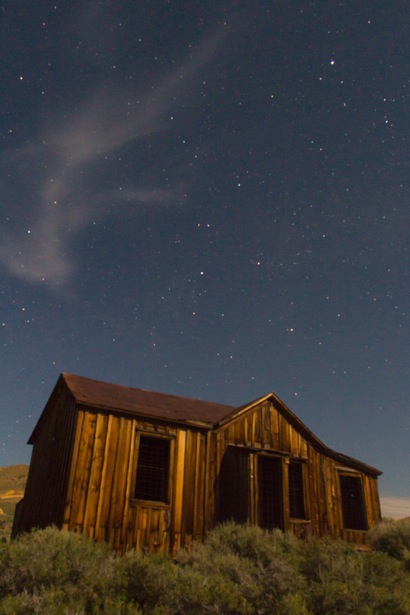 All of the photos below (except for the night photo at Bodie) were taken with an iPhone. iPhones have some fun features like panoramic mode, video, and time-lapse, and they can take surprisingly impressive photos. But, photos taken on a phone — just like those taken on a standalone camera — still need to be set up well and edited to look their best, even if that’s just cropping the photo and adjusting the angle.

You can see more of my Lake Tahoe and Yosemite photos online.

Sunset at Sand Harbor (top): Google can be a great tool for planning photography outings. I wanted to take some sunset photos over the water, so I first googled ‘best places to watch sunset in lake tahoe,’ and several locations consistently came up. I then used Google image search to see the view from each location and ultimately settled on Sand Harbor — which did not disappoint.

Lake Aloha panorama (first photo inserted in post): I take a lot of panoramic shots because they capture so much more of a location in a single image. In this shot, the panoramic feature let me show Lake Aloha in the distance, with one of the area’s many smaller side lakes in the foreground. 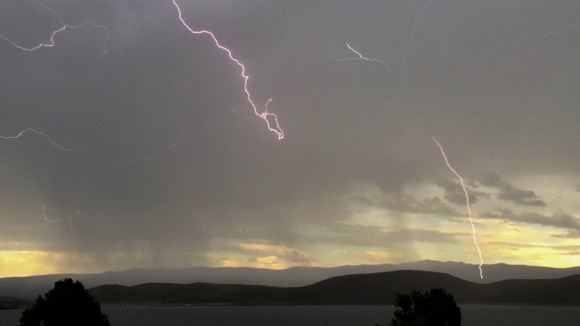 Night sky over Bodie (above, right): “Once a month during the summer, Bodie stays open until 10pm and is swarmed with photographers. Because it’s miles from the nearest town, the night sky is really impressive. This was my first time taking night photos, and there’s a lot I need to learn, but it was a fun experiment.”

Lightning over Topaz Lake: Driving to Tahoe from Yosemite, I went through a massive thunderstorm, and once I got out to the edge of the storm, I stopped to take some videos. This photo is a still from one of the videos, which I pulled using an app called SnapStill.

Yosemite Valley panorama (above): I’ve done a fair amount of hiking in Yosemite, but this was my first time at Glacier Point, and the view was spectacular. It was neat to be able to look out over places I’d hiked before, from Yosemite Valley up to Tenaya Canyon and even Little Yosemite Valley. I wish there’d been a bit more blue in the sky, but at least it didn’t rain too much on the hike down.

Frances Freyberg is an InMenlo contributing photographer whose works are on display at the Portola Art Gallery at the Allied Arts in Menlo Park.