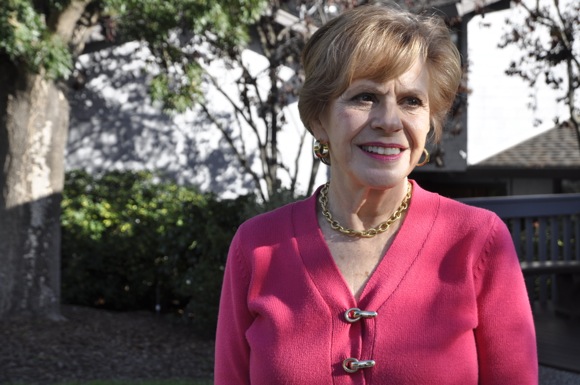 Menlo Park resident Constance L. Vincent, Ph.D., author of Not Going Gently: A Psychologist Fights Back against Alzheimer’s for Her Mother…and Perhaps Herself, will speak at the Menlo Park Library on Saturday, September 5 at 11:00 am.

Vincent, a psychologist and former university professor, became very interested in the roots of Alzheimer’s, as well as prevention of the disease, when her own mother became afflicted. Since her father had died from dementia, Vincent recognized her genetic potential; she began studying all aspects of dementia, focusing on the latest scientific developments and strategies for the future. Vincent says she wanted to tell her mother’s story, “…but I also became engrossed by the research. I thought it would be interesting to combine research and the personal story.”

Vincent’s mother-daughter memoir shares what dementia feels like in a patient’s own words, and offers hope through prevention. Unlike most books about Alzheimer’s, which focus on only one aspect of the disease from either a scientific or personal perspective, Not Going Gently melds the two approaches into an all-inclusive portrait of the disease. The book addresses this devastating illness that affects millions of people and their loved ones, and also offers hope through groundbreaking prevention plans.

The talk and book-signing will take at the Menlo Park City Council Chambers, located at 701 Laurel Street. This special author event is free and open to the public, and no reservation is necessary to attend. Refreshments will be provided, courtesy of the Friends of the Menlo Park Library. Books will be available for sale and signing at the event.