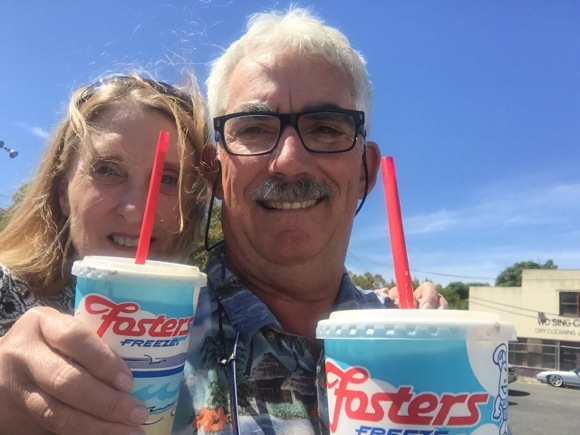 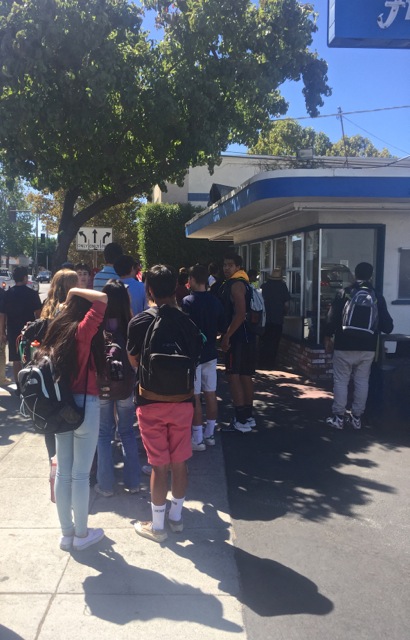 Looks like a whole new generation of teens has [finally] discovered Foster’s Freeze. There was a big crowd there yesterday, which was an early dismissal day at Menlo-Atherton.

Why were they there, we asked? “Because it’s closing,” was the universal answer.

As part of the cohort that really did go there everyday at lunch while at M-A, we toasted the place with one last chocolate chip milkshake!

Sung Lee, who’s operated the franchise since 1986, announced last week that he will be closing on September 30. There’s an effort to move the building to another location in Menlo Park.