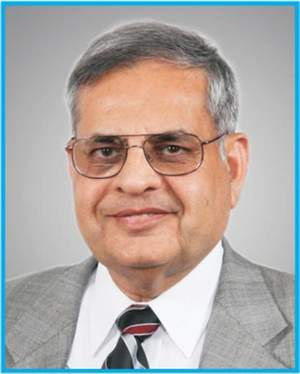 Puzzle enthusiasts interested in sharpening their Sudoku skills are invited to hear some sage advice from “The Sudoku Guru,” during a free program to be presented by the Menlo Park Library on Tuesday, September 29.

Divyang “Dave” Pandit approached the famous number puzzle with his analytical engineer’s mind — but it was his octogenarian mother who taught him how to master the Sudoku. The Gujurat, India native, who has lived in Michigan since 1968, had just retired after 30 years at General Motors and found himself looking for an-flight diversion during his many travels. He tried Sudoku, but says, “After a couple tries, I couldn’t get anywhere. I said maybe I’m doing something wrong.”

He was stumped. It was then that his 86-year-old mother, Sushilaben, imparted some wisdom upon him. She showed her son what the puzzle has in common with East Indian folk dance. In the popular Gujarati circle dance called Garba, dancers go around in repeated circular motions, taking different steps. Sushilaben Pandit told her son, “solve the Sudoku puzzle the same way.”

Something clicked, and now he is the author of a puzzle-solving manual designed to help others. He worked for six years to refine the techniques inspired by his mother, and published the guide Sudoku Puzzles “Guru.”

Pandit now spends part of his time traveling and speaking to various groups, coaching the public on his “Sudoku Guru” methods. During the Menlo Park Library workshop, he promises to help fellow puzzlers learn how in just a few easy steps how they, too can not only enjoy — but also solve — these popular puzzles.

Pandit will appear on Tuesday, September 29 from 6:30 to 8:30 p.m. at the Menlo Park Library, located at 800 Alma Street. For people who are interested in having a copy of Mr. Pandit’s book, those will be available for purchase and signing after the event.