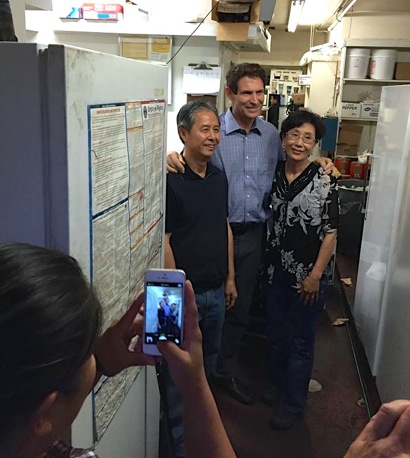 Menlo Park City Councilman Ray Mueller snapped this photo of former 49ers quarterback Steve Young posing with Mr. and Mrs. Lee at the closing party for Foster’s Freeze in Menlo Park last Wednesday (Sept. 30). The Lees have operated the franchise for the past three decades and are now retiring. Foster’s opened in Menlo in 1946.

Fittingly for those who mourn the loss of this Menlo Park landmark, the skies opened up with the first measurable rain of the season, 0.05 inches, according to InMenlo weather watcher Bill Russ.