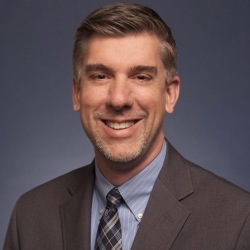 Taylor has more than 14 years of public service. He served as Menlo Park’s public works director for three years and previously as engineering services manager and transportation manager with the City for six years.

As assistant city manager, Taylor will provide support to the city manager and the department directors. McIntyre recently reconfigured the position when it became vacant in August upon the retirement of Assistant City Manager Starla Jerome-Robinson. The assistant city manager will oversee overall development in the city and will be responsible for better coordinating the public works and community development departments. “I’m excited that Chip has decided to rejoin the Menlo Park team. His nine years of prior public works experience with Menlo Park makes him a natural fit for this newly configured position,” said McIntyre.

Before Taylor’s local service, he served four years in various engineering positions for the City of Loveland, Colorado. He holds a Master of Science degree in civil engineering from the University of Colorado and a Bachelor of Science degree in civil engineering from San Jose State University. He is a registered professional engineer in both California and Colorado. He enjoys spending time with his family and watching his son play sports. One of his recent personal accomplishments is running the Bay to Breakers for the first time earlier this year.

Taylor will start in the position Oct. 26, 2015. “It is an exciting time to come back to Menlo Park with a new role and an opportunity to provide benefit to the city,” said Taylor. “I thoroughly enjoy the thoughtful interaction with the community and I am ready to jump in and get to work.”