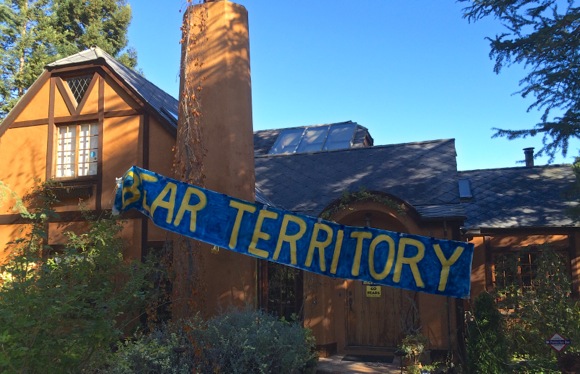 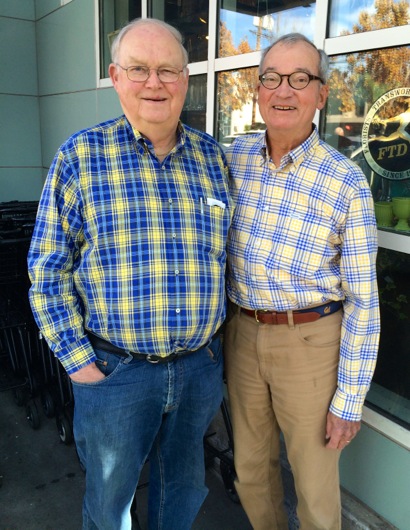 It’s a beautiful afternoon for a football game, making it an even bigger shame that the Big Game is being played today at 7:30 pm. Possibly more frustrating to Cardinal fans, this is the fifth out of six home games that have been played at night.

Touring a couple of Menlo Park neighborhoods, we found plenty of signs that the Cal Bears were invading what is traditionally Stanford territory. One front yard on Cotton St. is adorned with Go Cal Bears signs and a big banner.

At Draegers, we ran into two Old Blues from the East Bay who’ve known each other since Boy Scout days and who were fraternity brothers (Theta Chi) at Cal, graduating in the early 60s. For Cameron Wolfe (right), it’s his 66th consecutive Big Game; Loring Wyllie is his buddy. It was their shirts that caught our eye!