Manga and anime night for teens at Menlo Park Library 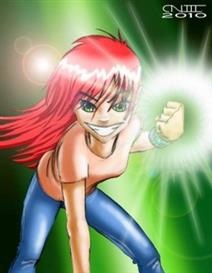 Teens fans of manga & anime will get to pick up some manga tips & techniques from pro artist/animator Carlos Nieto III at the Menlo Park Library on Friday, January 8.

Nieto has worked as a layout artist on the Emmy-winning TV show “The Simpsons,” as well as “King of the Hill.” He has also served as a visual consultant for Disney and Universal, creating sketches and final art for set designs. He conducts his Comic Book making, Anime and Animation drawing workshops at libraries across the country.

The Teen Manga Night is open to teens (ages 13-18), and is by registration only. All registered attendees will be sent a Teen Night Registration Form, prior to the event. This form is required to gain entry into the library. It’s an after-hours event, from 6:00 until 8:00 pm, with snacks & supplies provided by the library.

This free event is made possible by contributions to the Friends of the Menlo Park Library.