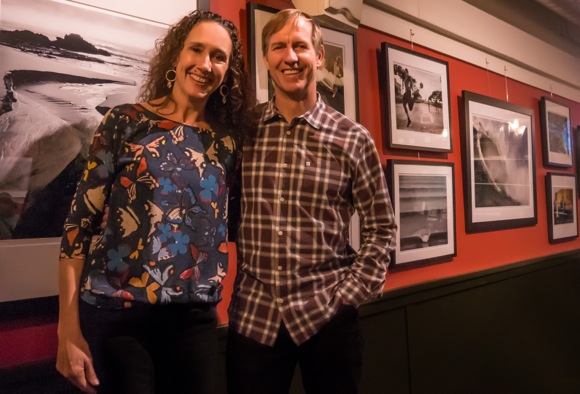 John Todd (pictured, right) is a photographer who refuses to get pigeon- holed, being passionate about both landscape and sports photography. An exhibit of his work, currently on view at Freewheel Brewing Company in Marsh Manor, is testament to that fact.

All available for purchase, they are, says John, “some of my favorite images from over the years. They make me happy; I like to look at them. And they define my career — where I’ve been and where I’m going.”

As example is what he’s titled “Yosemtie #4” (shown below).Remembering the moment, he says: “A late April spring snowstorm covered the valley and we were treated to an amazing for a few hours before it melted.” 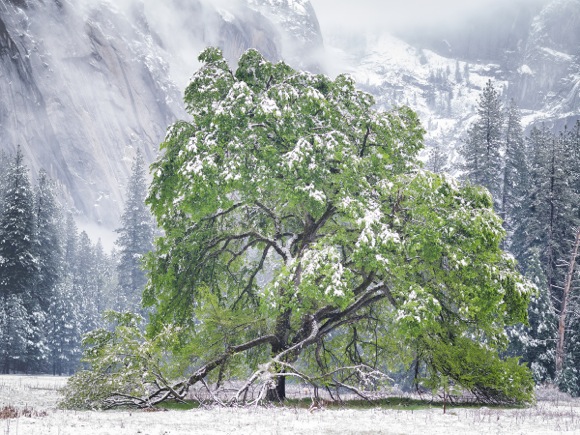 Prior to college, he’d been fortunate enough to have good teachers at Gunn High School. “Mr. Hoy really encouraged us to develop our own style,” John recalls. “He encouraged us technically but more important, he allowed us to explore our art without judgement.”

His first impression of sports photograph was that “it was silly.” But he found himself developing a passion for it while in college. “It displays all the life’s emotions — and all within a two hour time frame.”

Currently, John is the team photographer for the San Jose Earthquakes as well as being the  official photography supplier to the U.S. Men and Women’s soccer teams, Stanford Athletics, the University of California, Berkeley, and the former Maverick’s Big Wave Surfing contest. 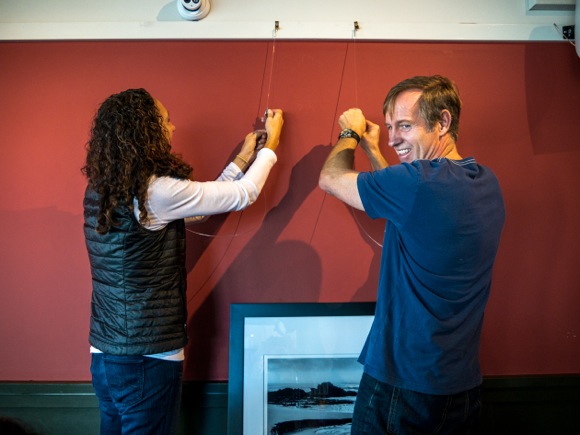 He gives classes through the Stanford Continuing Studies program. This spring he’ll teach landscape photography, which will include a trip to Yosemite along, and a weekend sports photography workshop.

John’s busy schedule means that he isn’t in the field too often. “I do have a great photographers’network here in the Bay Area, and we try to set aside time to get outdoors as a group,” he says. “The challenge is to find the time. Landscape is all about the light, and when you’re working, that’s problematic.”

Top photo by Irene Searles; photo of John and his wife Avery putting up show at Freewheel Brewing by Neal Menschel. Photo of Yosemite by (c) John Todd; used with permission.