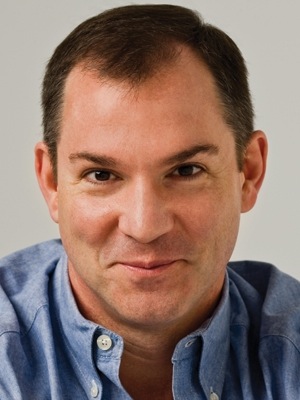 Menlo School in partnership with Sacred Heart Preparatory is presenting a conversation with New York Times columnist and best-selling author Frank Bruni and Denise Pope of Challenge Success about today’s college admissions process. The event, scheduled for Monday, March 21, from 7:00 to 8:30 pm in the Menlo School athletic center, is free and open to the public.

“College admissions has become increasingly fraught in recent years, and anxiety about admissions is really having an impact on how students experience their high school years,” says Menlo Upper School Director John Schafer. “Frank Bruni has taken that anxiety head on and is offering a more sensible and empowering way for students and families to think about the college admissions frenzy. His is an important and needed voice, and we’re fortunate to be able to bring him to Menlo School.”

Bruni’s book Where You Go is Not Who You Will Be: An Antidote to the College Admissions Mania (2015), delivers a refreshing perspective on the competitive and often anxiety-ridden college admissions process. Referencing statistics, surveys, and personal anecdotes, Bruni refutes the conviction that the futures of young people and their worth will be determined by which college they attend and emphasizes that where one goes to college matters far less than what they do when get there.

An Op-Ed columnist for the New York Times since June 2011, Frank Bruni is known for his insightful opinions on the world today. He has written frequently about higher education as well as politics, culture, food, and gay rights. His distinguished 20-year tenure with the paper includes serving as the Rome bureau chief, a staff writer for its Sunday magazine, one of its White House correspondents, and its chief restaurant critic.

Denise Pope , PhD, is a co-founder of Challenge Success and a Senior Lecturer at the Stanford University Graduate School of Education where she specializes in student engagement, curriculum studies, qualitative research methods, and service learning. Pope is also the author of Doing School: How We Are Creating a Generation of Stressed Out, Materialistic, and Miseducated Students (Yale University Press, 2001), which was awarded Notable Book in Education by the American School Board Journal, and co-author of Overloaded and Underprepared: Strategies for Stronger Schools and Healthy, Successful Kids (Jossey-Bass, 2015).

For additional information, email info@menloschool.org or call Menlo School at 650-330-2000.