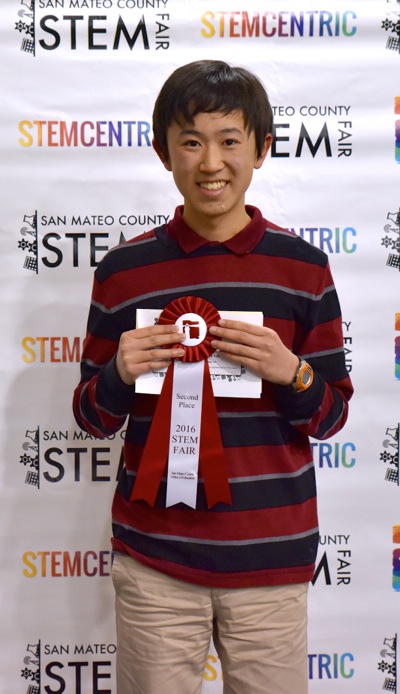 They will go on to compete in the California State Science Fair in Los Angeles on May 23–24.

Both Andrew and Patrick did their science fair projects on multicopters.

Andrew focused on a more effective landing system for the multicopter with a project titled “The Last 3 Meters: Development of a Multi-Sensor Method for Safe Multicopter Landings.”

Photo by Zachery Jones/media technician at the San Mateo County STEM Fair, an event leading up the the SF Bay Area Science Fair