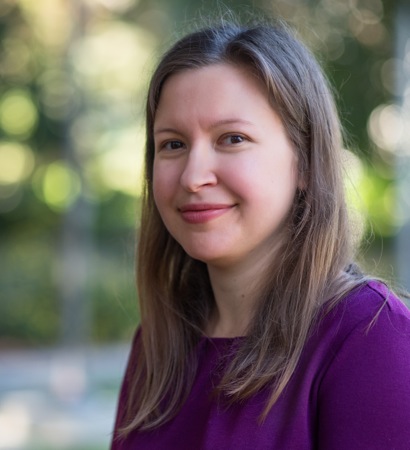 Dream about your retirement. In many respects that’s a good first step in retirement planning, according to Menlo Park resident Emily Brandon, who’s written a new book, Pensionless: The 10-Step Solutions for a Stress-Free Retirement.

“If you dream about the kind of life you’d like to have in retirement and where you’d live, you’re more apt to commit to saving for the day you’re no longer in the workforce,” she says.

While Emily is not near retirement age herself, she’s been writing about the subject for 10 years as Senior Editor at U.S. News & World Report. Being a journalist was a career path she was intent on from the beginning, and she interned with Time Inc. and Consumer Reports prior to landing with U.S. News.

“What I like about my job,” she says, “is that I write about both personal finance and lifestyle.”

The book is the result of her decade as a retirement columnist. “I put all the tips in one place,” she says.

The tip that retirement planners emphasize is the one Emily agrees is most important — start early. “If you start at a young age, you can contribute just a little bit and take advantage of the compound interest,” she says.

She also counsels people to pay close attention to their company’s vesting schedule. “It’s in the fine print of all of the 401k documents,” she explains. “And it varies from company to company. Some allow an employee who leaves the company to keep a percentage of what the company has contributed. Others aren’t as generous. And if you’re close to vesting but get a job offer, it may be best to defer until you are vested.”

One aspect of dreaming about retirement is where you want to live when retired. “U.S. News does a best places to retire series,” says Emily. “People often say they want to retire to a more affordable place but end up staying where they are because that’s where their friends and family are.”