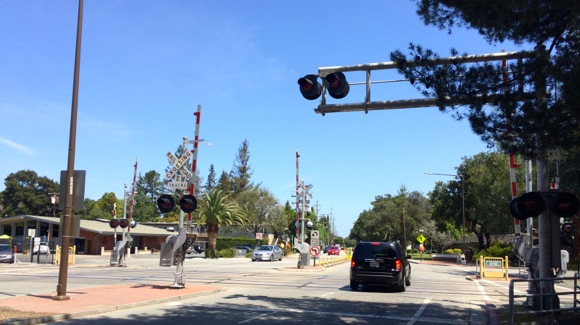 On Monday, May 2, 2016, members of the Menlo Park community will have an opportunity to give input on the study to separate Ravenswood Avenue from the Caltrain railroad tracks. The first of three planned meetings will be held at 6:30 p. in the Arrillaga Family Recreation Center’s Oak Room.

The project will evaluate the feasibility of replacing the existing at-grade crossing of the Caltrain tracks at Ravenswood Avenue — and possibly at Oak Grove, Glenwood and Encinal Avenues — with grade separations.

The City has hired a consultant team to perform the evaluation and will be hosting a series of three community meetings to gather feedback from the public. The project team will also be attending a series of seven Commission and City Council meetings to present the community’s feedback and resulting detailed alternatives. The project will be building on previous work that studied all possible alternatives, but will focus on the two most feasible alternatives determined to date.

The goals of the project include reducing traffic congestion, maintaining local access as much as feasible, and improve safety for all modes of travel at the railroad crossing. The project will allow the City Council to identify a recommended alternative and identify next steps to advance the grade separation efforts.

To learn more about the project or to sign up for the project notification email list, visit menloparkorg/ravenswood.