Another busy Bike to Work Day in Menlo Park 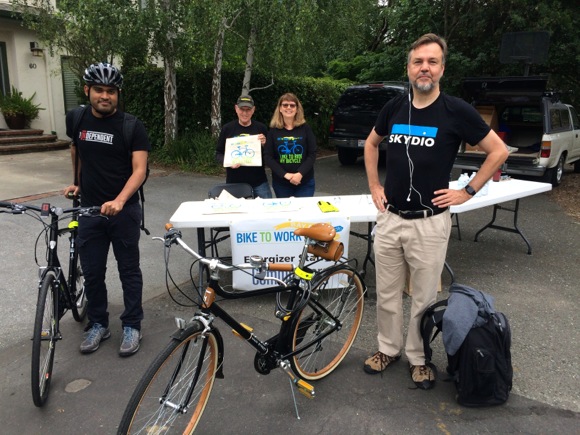 As a host to nine energizer stations, Menlo Park was covered north/south and east/west this morning during the 22nd annual Bike to Work Day.

We made our regular stop at the San Mateo Bike Bridge where stalwart volunteers KC and Bernadette Callahan were at their usual spot, which they’ve held for over a decade. When we arrived they were admiring the Mainstream bike being ridden by Frank Dellaert (far right), who is chief scientist at Skydio, a startup focused on drones. He was riding with Skydio colleague Saumitro Dasgupta.

Also at her regular spot on the Alameda in front of the fire station was Gudrun Enger (middle/below), this year joined by her neighbor, Monica Albers. The cyclist they were chatting with was headed to Arastradero and Hillview. 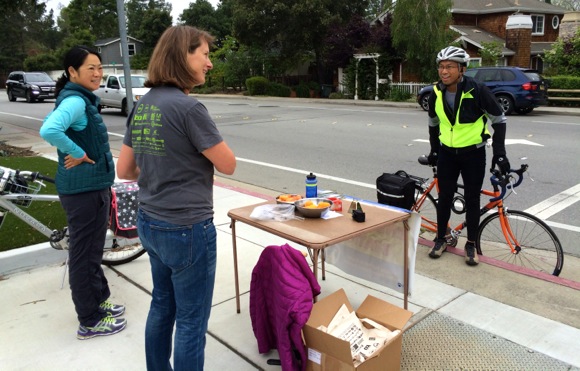