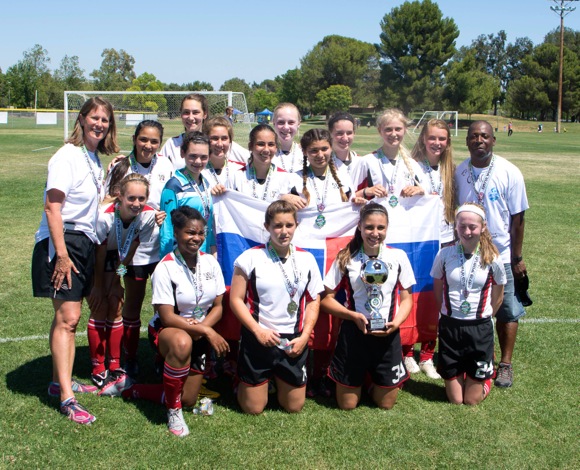 “Our players and families love the spring league, with the opportunity to play soccer at a more competitive level and participate in tournaments,” said JoAnne Goldberg, Regional Commissioner for AYSO Region 109 Menlo Park – Atherton. “The World Cup event in Davis is always the highlight of the season, and I am thrilled that so many of our players and coaches were able to compete this year. The fact that a number of our teams brought home trophies and medals reflects the continued strength of our Spring Select program.” 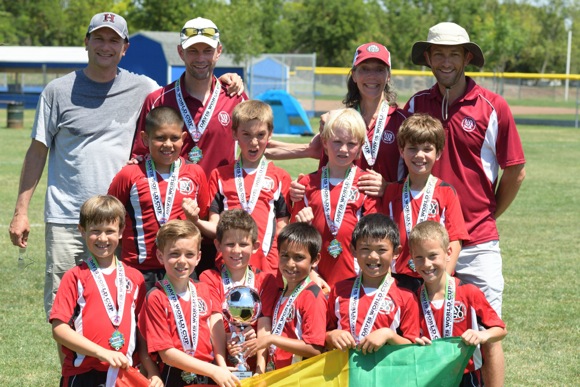 At the end of the regular Pacific Coast Spring Soccer League (PCSSL) season, which runs from March 1 to May 22, the Menlo Park Whiplash posted a 5-1-2 record to clinch 2nd place in the league. They went undefeated at the Davis World Cup against 11 other GU14 teams. Parent-volunteers Patrick Smith and Gudrun Enger were the coaches.

All Spring Select teams were formed by tryouts in November and December 2015, and began playing together in January 2016. All the players and volunteer coaches live in Menlo Park and Atherton.

AYSO Region 109 Menlo Park – Atherton is an all-volunteer organization, and serves families in Menlo Park, Atherton, Woodside, Portola Valley, and Ladera, although registration is open to any child from any city. Fall registration is now open, http://www.mpsoccer.org.