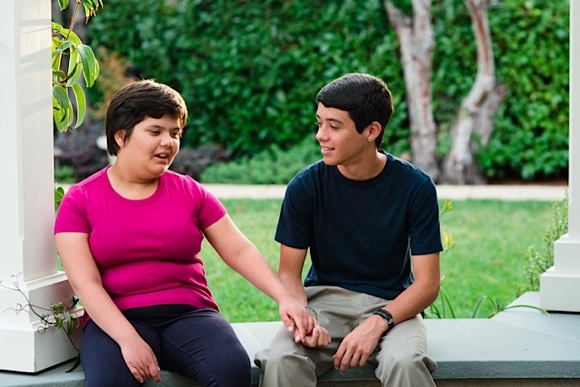 Menlo School’s Robert Miranda, who is coming off a sophomore season in which he had a podium finish at state in cross country and took fourth in the 3200 at CCS, has been preparing for his next run for months.

This Sunday, Robert will run the Summer Scamper at Stanford to benefit Lucile Packard Children’s Hospital. He has been raising funds for months to help the hospital, specifically for the launch of a music therapy program which his 12-year-old sister loves.

“I run to support my sister Isabel, who has epilepsy and is cognitively disabled,” Robert said. “She is a patient at Packard Children’s, and the hospital does so much for her.”

Isabel has been participating in a music-therapy program run at a local school for three years. “It’s one of the highlights of her week,” Robert said. “Music therapy is very different in that its goal is to get the patient to connect with the music, making it both enjoyable and stimulating but also engaging and working on the patient expressing herself or himself.

“Music therapy gives her an opportunity to do something she loves while spending time with some of her friends in the class, and also working on several key developmental areas, specifically, in her case, sticking with a song all the way through rather than switching between tasks without completion, and self control in not touching the guitar, and giving all of the other students personal space.”

Last year, Robert was the second overall finisher in the 5K. After the Summer Scamper, he is headed to the Junior Olympics 1,500 and 3,200 trials in Sacramento where he will vie for bid to nationals.