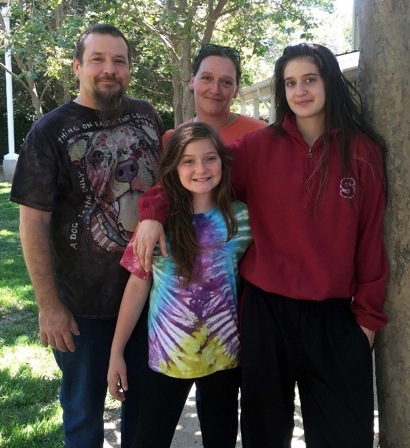 Editor’s note: Today InMenlo is joining other Bay Area media organizations — spanning radio, print, digital and TV — in covering homelessness, a project initiated by the San Francisco Chronicle. We are highlighting the experiences of a homeless family and a homeless man who took advantage of the programs offered by Menlo Park-based LifeMoves, including temporary shelter at Haven House. Last year, 97% of families and 82% of individuals in interim housing who completed LifeMoves’ programs successfully returned to stable housing and self-sufficiency.

Penny and her husband, Robert (above right), never dreamed they’d become homeless. However, after their two children both suffered medical emergencies, the family had to relocate to the Bay Area to received specialized medical support. They were able to stay in a motel for a short time, but soon ran out of money and needed to find an affordable, long-term housing solution.

Fortunately, Penny was referred to LifeMoves | Haven Family House in Menlo Park. She and her husband were gratified and relieved to find a safe and welcoming environment for their family while their children received medical treatment at Lucile Packard Children’s hospital in nearby Palo Alto.

Working closely with her case manager, Penny developed a customized life-changing plan that would help them find stable housing. She attended nightly workshops to learn the life skills she needed to help her family plan for the future, including classes in financial literacy to learn how to manage their budget. She was able to save $2,500 while in the LifeMoves program.

Although Penny experienced multiple setbacks in securing housing, she was persistent, and, with the support of her case manager, never gave up. Recently, Penny and her family successfully completed the LifeMoves program and moved into a three bedroom house in Santa Clara that they can afford. Penny and her husband are excited about their new home and look forward to focusing on their family’s health and helping their children pursue their dreams. 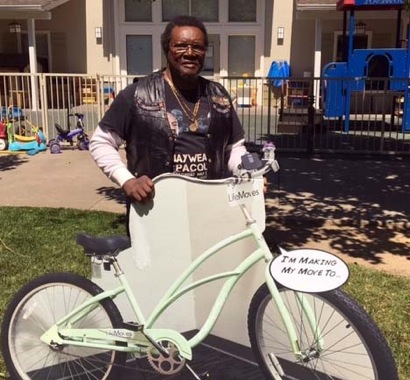 Harry (right), a veteran, became homeless after a divorce and two heart attacks that left him permanently disabled. On a fixed income, he was unable to find an affordable place to live due to the skyrocketing cost of rent in the Bay Area. Fortunately, Veterans Affairs referred him and his seven-year-old daughter to LifeMoves | Haven Family House in Menlo Park for help.

Harry was determined to return to self-sufficiency. With the support of the intensive case management services at LifeMoves, Harry stabilized his medical condition and was able to secure a part-time job. He worked closely with his case manager to focus on making better financial decisions and was able to start a savings plan with income earned from teaching special needs children.

Harry recently completed the LifeMoves program and moved into an apartment he can afford in Fremont. He’s grateful for the services and support provided by the extensive programming at LifeMoves and sees a much brighter future for himself and his daughter.