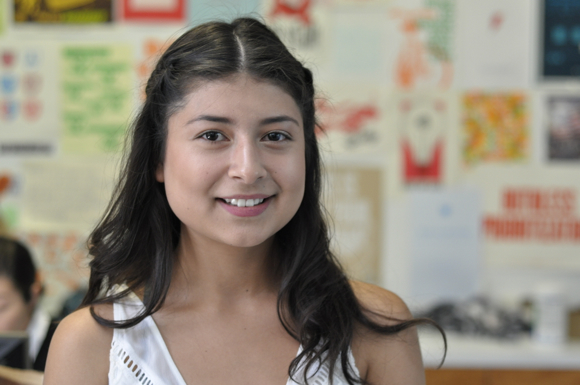 “We’re celebrating our fifth year,” explained Facebook Community Engagement Manager Augustin Torres, who headed the program this year. “In addition to spending time with mentors, a coding class was added every Tuesday.”

As part of today’s festivities, each of two kinds of teams got up and spoke about their experiences on the Menlo Park campus in areas such as transportation, finance, facilities, IT help desk, information security, and communications. Then in different teams, they talked about apps they had developed as part of the new coding class. 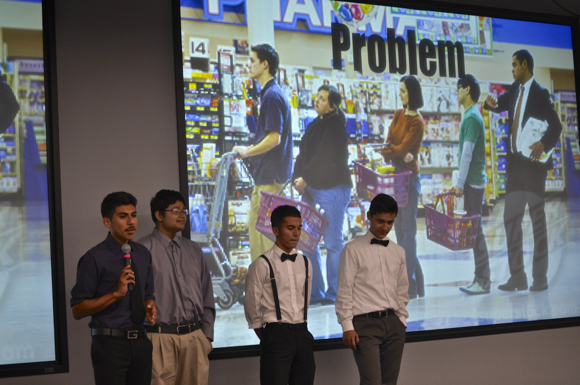 “For the past four years, the high school interns did art projects, and much of that art is still around campus,” said Torres. “But this year we wanted to change it up and take the program to the next level. To give these kids the best opportunity, we needed to teach them to code.

“A few came in with experience and they worked with interns who were new to coding to keep all the teams on track.”

Abraham Sanchez (second from left in photo above), a Menlo Park resident who attends Eastside Prepartory, was part of the coding team that won “best tech.” They developed an express shopping app that allows a shopper to get in and out of a supermarket in a brisk 20 minutes.

The “best marketing” award went to the team that developed Connect. Explained Brianna Boyd (far right, photo below), an East Palo Alto resident who attends Menlo School: “It’s an app for non- tech-savvy seniors. It’s a tutorial on how to use social media, how to post, how to add photos, and how to make sure you’re safe online.” 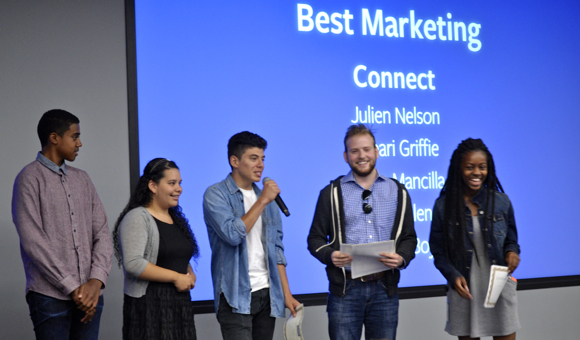 One recurring takeaway, commented on by more than one graduating intern, was the value of networking. “If you don’t talk, you don’t go far,” said Woodside High student Evelyn Velasquez (pictured top). “I’m really glad I learned about technology and coding and got to hear guest speakers talk about how they became successful. But without being more social and talking, you’re not going to get as far.”