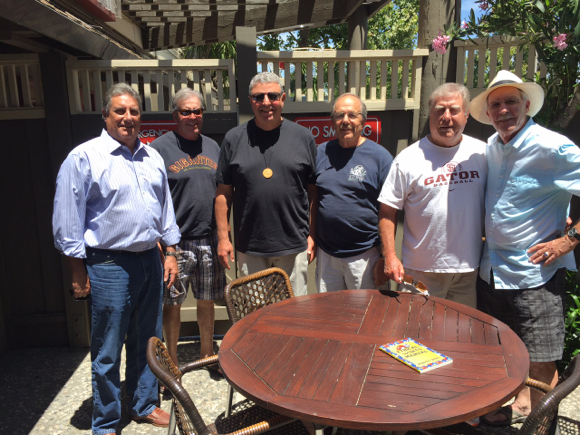 A group of M-A grads who played baseball during high school and then at Canada College gathered at the Oasis before this year’s Canada Athletic Hall of Fame dinner. From left to right: Dick Budelli (a St. Francis interloper!), Rob Brassea, Tom Vignou, Lou Vanoli, Bob Budelli and Gary Cunningham.

Of note: Menlo Park resident Bob Budelli has coached baseball at various levels for 35 years. This year, his Palo Alto High School frosh-soph team went undefeated in the regular season, 22-0. In the post-season, the team beat Los Altos in the first playoff game before losing to the same team to close the season, 23-1.