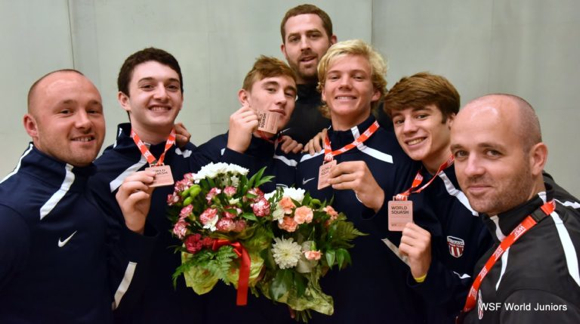 The Olympics aren’t the only world sporting event taking place this August. The World Junior Squash Championships just concluded in Poland, and Menlo School graduate Gabriel Morgan (third from right) will head to Princeton on the heels of winning a bronze medal with the U.S. Junior Men’s Squash team at the event.

Morgan, a four-year varsity tennis player at Menlo, and Team USA shocked third-seeded France in the quarterfinals. In the semifinals, Pakistan topped the U.S. 2-0 to reach their eighth-consecutive finals at Enjoy Squash in Bielso-Biala, Poland.